1314 an’ a’ that. Well, you can’t say I’ve not picked a good year to move to Scotland. Or place. In fact, by the time we have somewhere to actually live, I suspect we’ll be hitting the Battle of Bannockburn celebrations almost squarely in the face. 700 years…

To be perfectly honest, I’m a little hazy on Bannockburn. Who did what to whom and why? The where is more obvious. We have decided Bannockburn is too far out for us, but there have been some attractively priced houses to consider.

Anyway, Daughter felt I needed a book to help me get by, so she gave me Rupert Besley’s brilliant Scotland for Beginners. I think it helped that she knew I’ve collected his postcards for decades. (They’ve been packed in some box for the move.)

So, it’s got a little bit of everything. It begins with your arrival. Apparently you drive in the middle of the road. And I will do just fine if I say ‘dinna ken’ all the time.

‘A wee way’ is further than ‘no far.’ It mentions the West Highland Way, without which I’d not have had a Resident IT Consultant. (Although I didn’t know the footpath was pioneerd by a motorist in 1980 who set off south from Ben Nevis in search of a phone box. I think he found one in Glasgow.

This useful guide has something to say on kilts, midges and dead haggises (they make good sporrans).

And even without the book I know not to get my hopes up if someone tells me I’ve already had tea. (It’s a tad mean, if you ask me.)

Because I learned to talk while living in southern Sweden, I will have no trouble with the ‘ch’ sound. I just don’t want to be mistaken for a Sassenach. 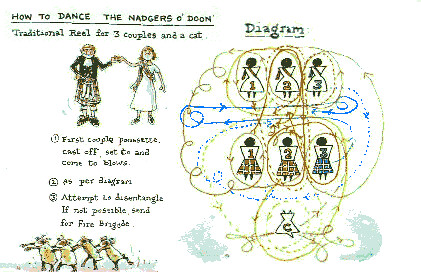