Remember my appalling reading habits when I was young? Well, here is a glowing example of what the perfect parent should do – according to Bookwitch. Author Helen Grant makes me green with envy. I’m hoping that now that I will be living closer to her, some of her excellence might rub off.

Who am I fooling? Over to Helen:

‘I read to my teenager. I didn’t think there was anything particularly noteworthy in that, until the Bookwitch wrote and asked me whether I would be prepared to do a guest blog about it for her: what I read, how I find the time, and also something about the fact that the teenager in question is prepared to listen to me reading. 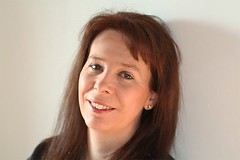 I started to think about the topic a bit and it is perfectly true that when you think “bedtime story” you don’t think “mum and teen.” You think of sweet little shock-headed toddlers who have to be read to, because they can’t read themselves yet, or primary school kids who like a reassuring half-hour with mum before bed. Hey, look at the music video for Ylvis’ What does the fox say? – how old is the kid sitting on his grandpa’s lap, do you think? Four, maybe five years old, tops.

What you don’t imagine is gramps reading to 170cm of gum-chewing teenager in a hoodie.

So how come I’m doing it? It’s a long story.

My daughter made her appearance in the world almost three weeks late, and I have often wondered whether it was missing that three weeks of thrilling outside world experience that made her so darn sleepless as a baby. I know all mums think their darling is special, but I really am convinced that I had the wakefullest baby ever. She resisted sleep at all costs, maintaining instead a kind of squirelly perma-attention that would continue until she was screeching with tiredness. Car drives and being carried around in someone’s arms would make her drop off (eventually) but it can be difficult to prepare meals whilst driving a car or carrying a baby. Another solution had to be found.

By trial and error, we discovered that reading aloud would make her go to sleep. I suppose it was the reassurance of a familiar voice without too much interaction: no coochy-coo, who’s a nice baby then? – more, I read, you listen. As she was too tiny to know or care what the reading matter was, we chose our own. My husband read her Heinrich Harrer’s mountaineering classic The White Spider; I read her Captain Corelli’s Mandolin (another of those cultural experiences she was too young to remember later, like visiting every single Antoni Gaudi building in Barcelona). A few terrifying crevasses or paragraphs of war-torn love and she would be fast asleep. 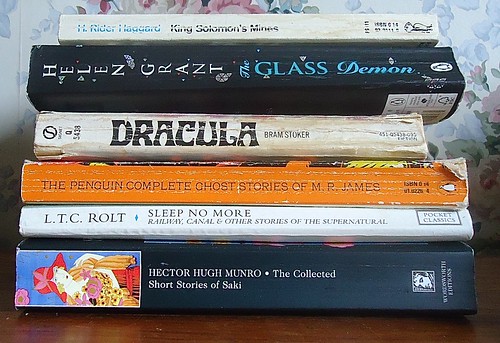 Over the years that followed I often read to her and her little brother. Greater love hath no mother than this, that she readeth every single volume of Beast Quest, believe me. I discovered that the classics are still the best. Beatrix Potter’s language is so flowing and elegant that it can be read accurately even when the person reading is three-quarters dead with exhaustion.

Eventually, of course, both kids learnt to read themselves, and were able to pursue the time-honoured custom of covert under-the-bedclothes reading after lights out, whilst I put my feet up – or more probably, emptied the dishwasher.

Reading aloud was relegated to one of those things we did during particularly long car journeys or intolerably wet days on holiday.

Over the last couple of years, however, we’ve started it again. My daughter is a voracious reader, so she doesn’t really need any encouragement to get through books, but she did need some help with sleeping. The dawn of the teenage years seemed to have restored her to factory settings, so to speak: all of a sudden she was having problems sleeping again, resulting in exhaustion in the mornings. Sitting up late at night in front of a bright screen – whether tv, computer or hand held console – is not a good recipe for sound sleep. Science says all that artificial light close to the face fools the body into thinking it is still daytime, and delays the production of the hormone melatonin, which helps us fall asleep. Trouble is, if you are bright-eyed and bushy-tailed at 11pm it is difficult to lie patiently in a darkened room waiting for the elusive sleep to arrive. 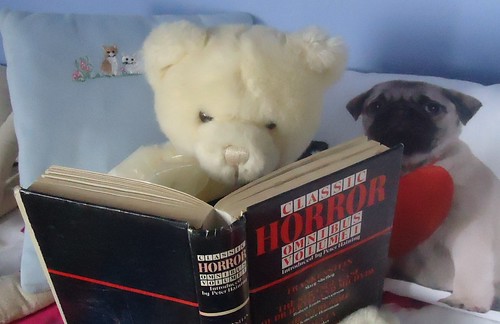 I suggested reading to her again. And that is what we have done. We started off with The Hound of the Baskervilles; since then we have also done King Solomon’s Mines, The Lost World, Dracula, The Chrysalids, The Werewolf, Carmilla, my own novel The Glass Demon, and various short stories including those of Arthur Conan Doyle, Saki, M.R.James and L.T.C.Rolt. We choose the books between us. I think this is pretty key to the teen-being-prepared-to-listen bit. It helps that we share a taste for thrilling and creepy stories. If she wanted me to read her endless romances I would still read them, but I’d be reading between clenched teeth. We’ve also tended to go for stuff she might not tackle on her own: Dracula, for example, is easier if you have someone ancient on hand to explain what telegraphy, collar studs and hansom cabs are (not, I hasten to add, that I actually remember those things!!).

Yes, it does take up a bit of time in the evening – but on the other hand, the time is more pleasantly spent than if I were passing her door every ten minutes saying “Haven’t you turned that light out yet?” Nobody gets nagged, she gets entertainment as she slides into sleep, and I get to rediscover books I loved in the past.’