Hurling oneself off towers

Is never a good idea. We took the day off for the Resident IT Consultant’s birthday yesterday and looked at a ruin. Not me, but a really big and even older one. 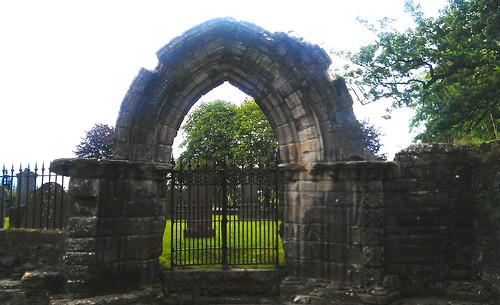 I’m in the middle of reading Helen Grant’s Demons of Ghent and am feeling distinctly anti-tower at the moment. Which will be why I suggested we go and look at Cambuskenneth Abbey – ruin of – yesterday morning. It is primarily a tower, off which you can’t really hurl yourself, as they have closed the door to the staircase. 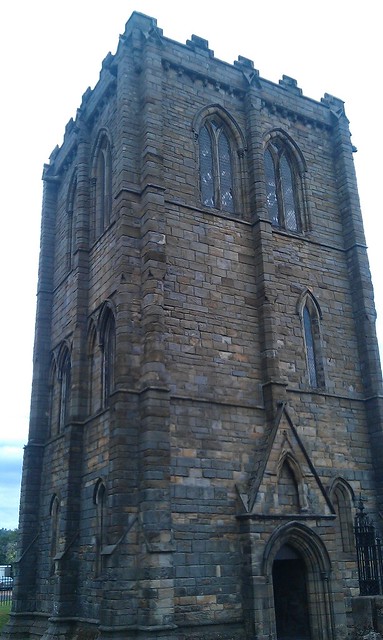 So it’s mostly a nice tower and ruined Abbey walls and some old graves. An old King – James III, I believe – is buried there. He’s got a nice view, in his old age. Pretty grassy meadow and the river, and some nettles, and the Ochils in the background. 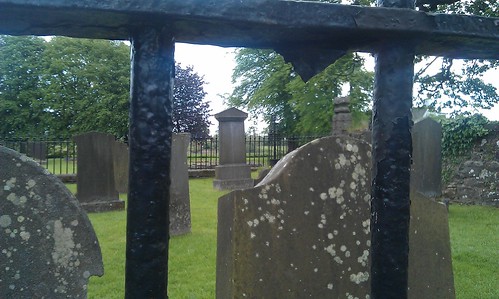 So we looked around and took a circular stroll round the village, and all I had with me was a mobile phone on which to take photos. (Took me hours to work out how to squeeze them off the phone and onto the computer and then to the blog. I hope you appreciate it.)

After this ‘taxing’ stroll we had scones and tea in a nearby (-ish) farm café. They also sold local stuff such as bananas and genuine vegetable pakoras.

(Helen Grant has a lot to answer for, starting me off on visiting graves and ruins like this.)