They are, when it comes to royal princes. After The Queen’s Knickers (how very dare they?) and The Royal Nappy, Nicholas Allan has come up with The Prince and the Potty. Now, do we have a royal baby birthday coming up, or not?

It stands to reason that a boy who had to have a royal nappy must be equally regal in the potty department. There are lots of potties. Some are better than others. But when you are out representing great-grandma you can occasionally be caught short, in which case any potty will do.

Even an ordinary one. 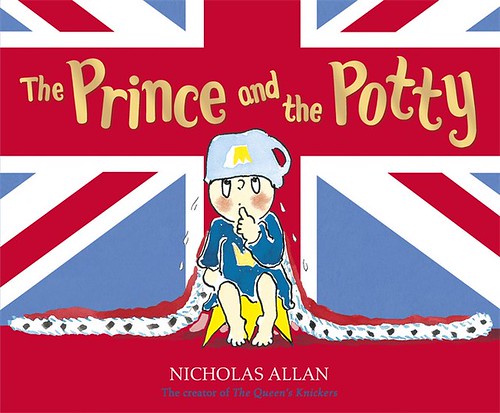 Michael Rosen has been known to be slightly potty, I believe. (I mean that in the best possible way.) Here in Wolfman, illustrated by Chris Mould, in a special Barrington Stoke dyslexia friendly edition, there is a wolfman on the loose.

He scares everyone he meets, and he appears to be after the Chief of Police. The reason for that is slightly potty, too. 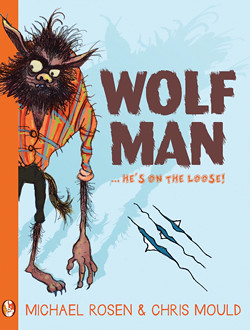