(It’s really others who are too young.)

We stopped for lunch at a railway station. Ex-station. Very lovely. Even the toilet was lovely, and the camera came out. (No, you can’t see.) 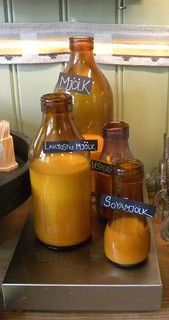 They had ancient milk bottles of the kind I used to buy when I was a tiny witch-let. I mentioned this to the girl in the café. ‘Yes, someone told me it was in the 1950s’ she said. ‘1960s’ I replied, trying not to sound cross. But what’s in a digit? It was all long ago.

They had a train in the garden. (Well, actually I’m thinking it’s where the train would have been had the station not been a former station.) You could eat on the train. Or just admire it in a general sense. 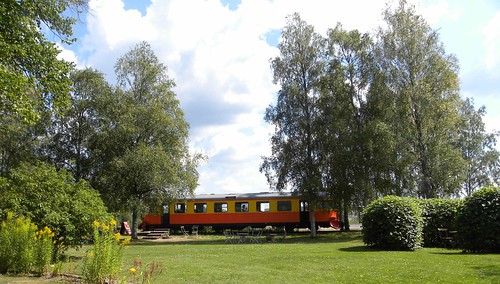 Needless to say I have travelled on trains like this one. And much more recently than the milk bottles. Didn’t feel like telling anyone that, though, as it might have made me sound older still. 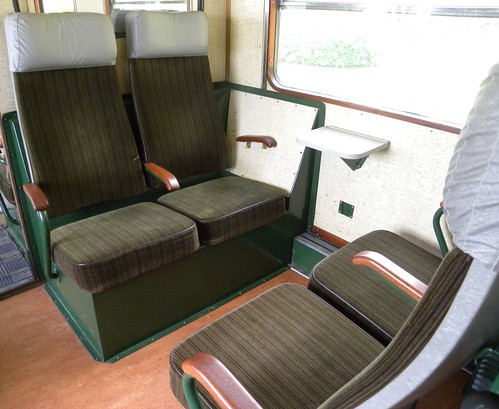 Later we went to see my – older – brother. This was our fourth meeting. Here he is with the Resident IT Consultant after showing us his lands, and the pond he made himself. That was some pond. Had he not called it a pond I’d have said it was a lake. It even had an island in the middle. 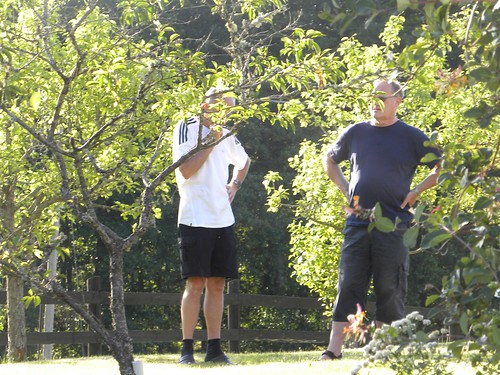 My sister-in-law and I agreed to disagree about Midsomer Murders. She loves Barnaby. I have decided that is fine. She thinks that Mikael Persbrandt (Swedish actor you are not – yet – too familiar with) is hot.

I think the weather is.

This entry was posted in Blogs, History, Travel. Bookmark the permalink.