The Resident IT Consultant wanted to go on a train. A narrow gauge one. And then I said I didn’t. I said I didn’t mind being parked somewhere for the duration. After a few false starts when he suggested silly places to put me, he found the Stockholm botanic gardens. (My search criteria said somewhere with benches to sit on and access to toilets. You know, just in case.)

Bergianska Trädgården seemed to tick both boxes (never let it be said I demand a lot). So off we went and he dumped me and departed for his train. 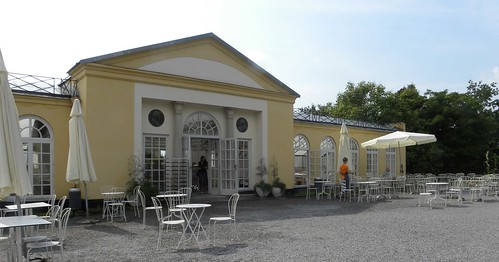 I sat on benches until the yellow orangery café opened, where I made a quick move on some rhubarb pie and tea. (I hadn’t actually said I had to have food. That was a bonus.) And then the grey sky greyed some more and the heavens opened and I had to grab all of the above and take refuge in the orangery. 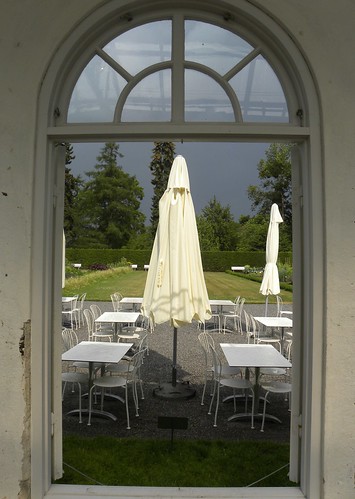 Was reminded of odd Swedish custom of signs telling you to keep off the grass. I find this excessive at times, but kept off the green stuff, just to be safe. 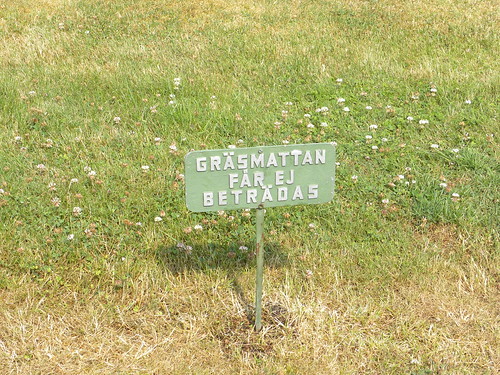 We journeyed on after my brush with the open skies and the Resident IT Consultant’s fun train trip. Attempted to have lunch at an Ikea we passed (it was perfectly fine last week) but everyone in Västerås had returned from their holidays and the place was packed to the rafters. (Would have been if it had them.) Obviously, the first thing I’d do after a holiday is go buy meatballs and furniture. It’s the way to quickly get into the crush of things.

Drove and drove and drove. Got here at last. Had to admit to hotel receptionist that we had stayed before. Last week. And then we dined at a lovely garden café the Resident IT Consultant had found. (It was the youth hostel…)

This entry was posted in Blogs, Travel. Bookmark the permalink.