You can’t get into Charlotte Square before 9.30. I’d do well to remember that, and I could – and should – stay in bed for longer. But a witch can always read, so on Tuesday morning time was killed with Theresa Breslin’s Ghost Soldier.

Thanks to Theresa’s generosity I was able to be her husband for the morning. Not as nice a one as her regular Mr B, but I did my best. And I can confirm that while I was in the authors’ events prep area, I didn’t hear anything. At all. 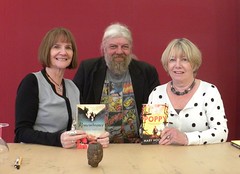 Then I went along to Theresa’s school event with Mary Hooper, and afterwards in the bookshop I listened in amazement as Theresa asked a female fan (obviously in her upper teens) if she was the school librarian  – from one of the visiting schools. It was quite clear that she was a mature upper secondary school student. No. Apparently she was the head teacher. (The librarian was the greyhaired ponytailed gent next to her.)

Eating a sandwich very fast before my next event, I ended up letting four Swedes share my table. I didn’t share my Swedish-ness with them, however. I listened as they speculated on the nature of Charlotte Square. Apparently it’s a bookfair of some kind. ‘But where are the books?’ one of them asked. Quite. The book festival as a mere coffeeshop for tourists.

Ran into Keith Charters, who was clutching 60 copies of  David MacPhail’s Yeti On the Loose. Did some heavy hinting, which resulted in Keith handing over 59 copies to the bookshop. I mean, he had promised me one ages ago.

After school event no.2 I chatted a little with Linda Newbery, Tony Bradman and Paul Dowswell, getting my anthology signed by all three, each in the right places. Then went in search of Cathy MacPhail’s son David, and found him where I thought he’d be but not where Keith had said, along with his mother and a lovely baby. I’d been told he’d be a slightly taller version of his mum, which as Cathy drily pointed out wasn’t hard to achieve. I forgot to take a picture, but got my Yeti signed with an extra generous RAAAAAR! Then I admired the baby.

Wrote yesterday’s onsite blog post, before learning that Son and Dodo were coming over to entertain me, and to have coffee. It had got unexpectedly warm and sunny, and Son complained. We chatted, saw Ian Rankin arrive, noticed the longbearded gent from earlier years, and came to the conclusion that the scones which used to be of almost home made quality, were just dry and boring.

Son and Dodo went off to search for more Maisie books, and I had my Dyslexia event to go to. Glimpsed Nicola Morgan and Val McDermid (not together) and then it rained and got unexpectedly cold. I repaired to the yurt for a restorative sandwich and an even more restorative sip of cola to keep me awake, as well as find that cardigan I suddenly needed. 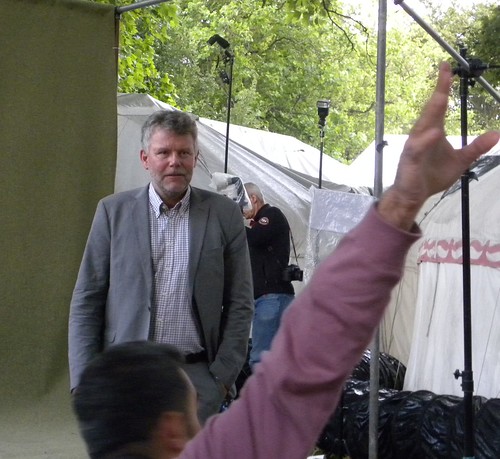 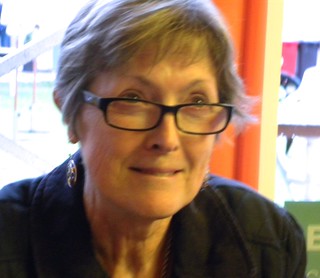 Waited for Arne Dahl to turn up for his photocall, and did the best I could when he did, considering how dark and wet it was. He seemed bemused by the attention. While waiting for Arne’s event with John Harvey (whom I’d have snapped too, had I known who he was…) I walked over to the children’s bookshop and caught Anne Cassidy and Emma Haughton (who does not have long brown hair, after all) signing post-event. 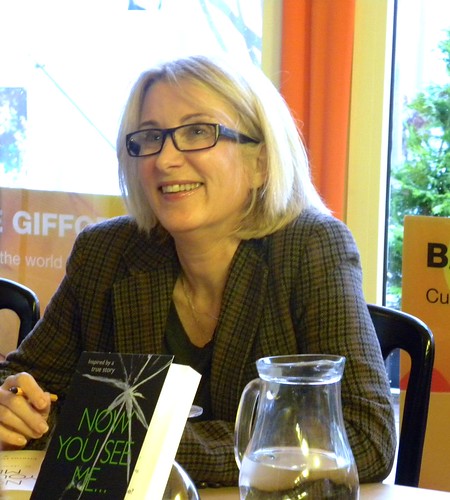 And after a much longer day than someone my age should attempt, I limped along Princes Street for my late train home. Someone at Waverley told me to smile. He’s lucky I’m a peaceful sort of witch.

4 responses to “The long day”