I was going to go with Mothers and Daughters, but then I didn’t have mine with me and Wendy Meddour was rather more than mother and daughter with Mina May. The whole clan was there, and where would we have been without the running commentary from youngest son? He was lovely. So was the older one telling his brother to be quiet. And the one in between who liked Steve Cole. 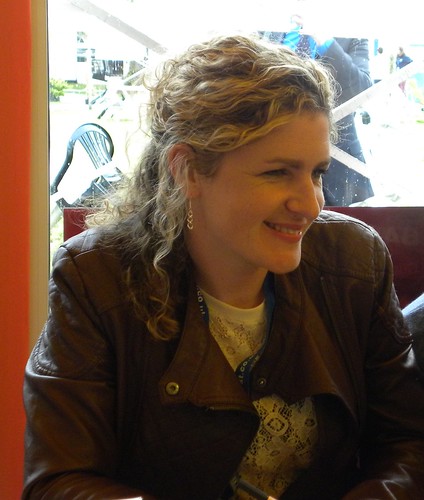 As were all of them. Admittedly, Wendy’s mother didn’t let her have pierced ears (she does now, though, and she wears beautifully dangly ear rings) or pointy shoes when she was young(er). Nor does it seem that the parents were in on Wendy’s invisible dog. She had it for a year and a half when she was a little girl. (I didn’t take proper notes, but I think it was a golden retriever.)

Wendy’s own little girl towers over her mother, as daughters do. Not only has Mina May done the illustrations for all three Wendy Quill books, but she showed us how to draw. I have never drawn such a great rat or spooky ghost as I did yesterday afternoon. In fact, I’d say we were all pretty artistically enabled. We did so well. Although the adults never got any sweeties.

Possibly for the best. Our teeth would fall out. 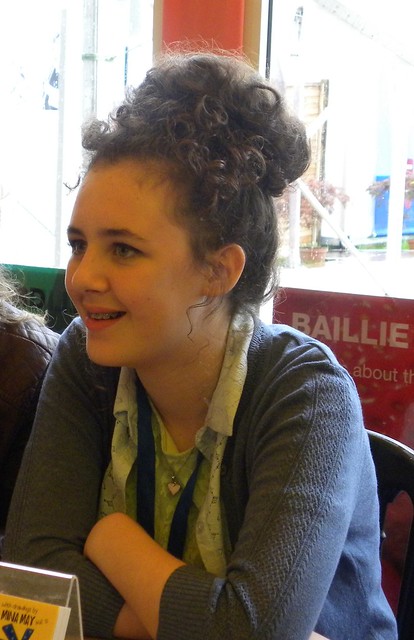 As I was saying, Mina teaches like an adult. (And I know it’s irrelevant, but that was one fantastic pale green lace dress she wore!) She is just about an adult at 13, seeing how she sent her first portfolio of pictures to a publisher at the age of eight. By the time Wendy Quill came to be, the publisher felt Mina’s illustrations were better than her mum’s.

The audience was asked what parts they had played in the school play, and we had two angels, a Mary, a scorpion and a cow. And then there was Wendy’s crocodile’s bottom.

Wendy read from the crocodile book, and we had the scene where Kevin, the school rat, jumps out of the teacher’s handbag, and later on we jumped on our bed to make our big sister’s diary fall off the out-of-reach shelf. 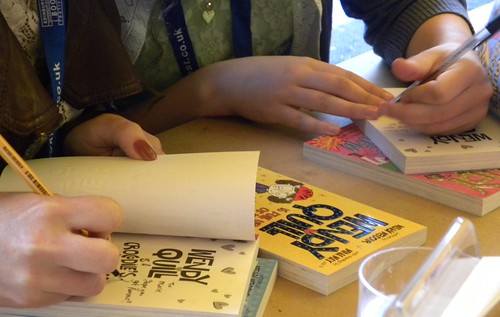 All in all, a fun afternoon. And I do like a woman who not only comes out about her invisible dog, but takes her children to work.