The latest shortlist for the Scottish Children’s Book Awards has been announced today, and from now until next year young Scottish readers can vote for their favourite books. 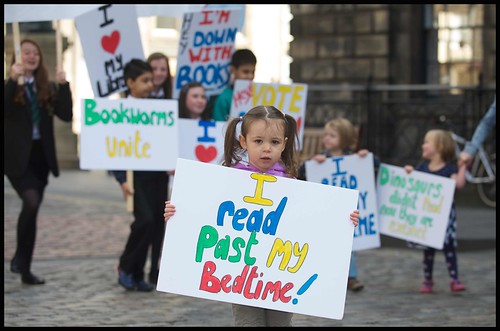 Attack of the Giant Robot Chickens by Alex McCall (Kelpies)

Pyrate’s Boy by B. Collin (Kelpies)

The Wall by William Sutcliffe (Bloomsbury)

What’s nice about this – among many other things – is that small publisher Kelpies have got three books on a list of nine. Another nice thing is that this is for Scottish authors and illustrators. And then there is the handing out of free books to readers; ‘Scottish Book Trust will give a free copy of the three Bookbug category books to every Primary 1 child during Book Week Scotland.’ 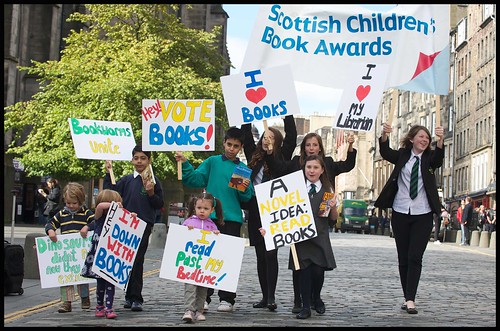 As Jasmine Fassl at Scottish Book Trust says, ‘The Scottish Children’s Book Awards are much more than a celebration of Scottish literature – they are about expanding children’s horizons far beyond their physical boundaries and barriers. By simply reading just one of the shortlisted novels in their category, a 5 year old can imagine what it’s like to have rampaging robots as babysitters, a 10 year old can hop aboard a pirate ship, and a 15 year old can be transported into the mind of a teenager in a war zone.’

I’ll read to that! I can’t vote, but we will find out who wins on 4th March next year, after Scottish children have had their say. And the rampaging robots.