Call me childish if you will, but I do quite fancy being on the cover of a Harry Potter book. After all, I’m a witch. 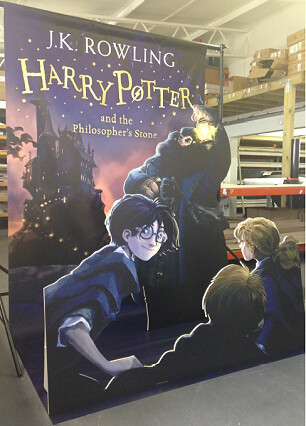 This life size cover will be at King’s Cross today, somewhere near platform 9 ¾, from seven to seven. I believe you can be photographed inside the 3D cover (and I’m hoping it’s free, but they didn’t actually say), as they are celebrating the new edition of Harry Potter.

I’m fairly sure it’s the same picture as was on the poster Son bought in Sweden back in 2002, and which sat on his wardrobe doors (yes, doors; we cut it in half) for longer than you’d think would be considered cool. Daughter bought another poster, and I bought wallpaper. The real kind, not what you have on a computer. And a suitcase, to transport it all home.