So. Going to school is upon us again. 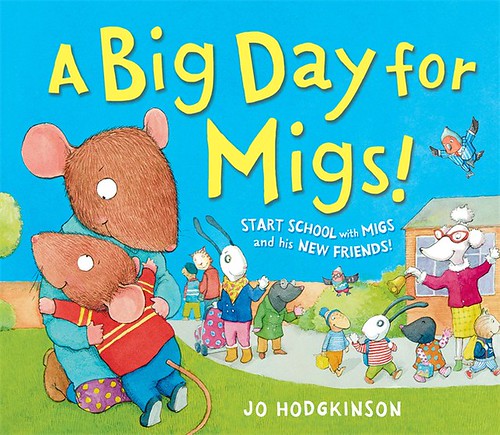 Migs is starting, for the first time (yes, I know that’s what starting means), and Jo Hodgkinson shows the reader what a typical first day at school might be like.

You worry at first, but then, like so many children, Migs discovers that this school thing isn’t bad at all. He might even want to return tomorrow. 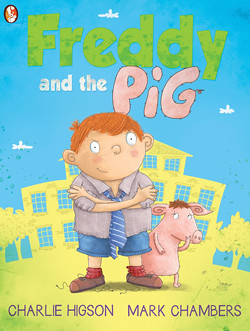 Whereas Freddy in Charlie Higson’s and Mark Chambers’s Freddy and the Pig, isn’t too keen on school. He wants to stay at home and play computer games. (He’s rather lazy, truth be told.) So one day he sends his pet pig to school instead.

The thing is, in this dyslexia friendly book, that the pig actually likes school. He gets better and better at it, and by the end he’s got himself a university degree and everything.

Freddy? Er, his mother sold him.