Demon rules and the Glasgow underground

Did you know there are rules for summoning demons? And that crime writers all refer to the same rules?

I trust I didn’t imagine this. Michael J Malone chaired the Bloody Scotland Sunday afternoon supernatural event, talking to Alexandra Sokoloff, Gordon Brown (the other one) and James Oswald. Actually, I don’t suppose the event was supernatural. It was the topic. Although, Alexandra was described as the daughter of Mary Shelley, so I don’t know.

After a ‘warm bloody welcome’ Michael asked the three to blame someone or something for what they are doing. Gordon Brown didn’t know he wanted to write crime, but worked out that he could do a lot of horrible things to people if he did. He described a Glasgow pub fight he’d witnessed once, where one man was sitting reading a book, completely oblivious to the fighting going on around him. 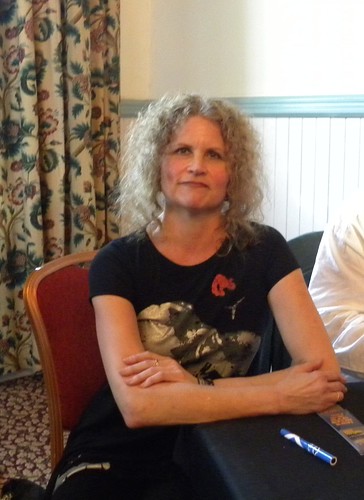 Alexandra said that although she had a past working with juvenile crime in Los Angeles (where she’s from), it was the Scottish who led her to crime. Hearing Denise Mina and Val McDermid talk at BoucherCon one year, she realised that crime writing was the best way to address social issues, tired of the endless slaughter of women in books, and she wanted to turn that around, writing about a female Jack Reacher type.

James blames (hey, that rhymes…) Stuart MacBride. James was writing his epic fantasy series when Stuart told him to stop doing that. So James wrote a few short stories to see if he could write crime, but he hasn’t been able to totally shake off the fantastic element. Hence the demons. 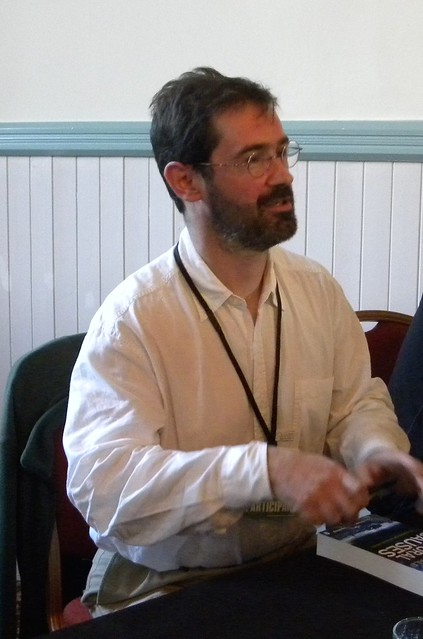 Is evil a noun or an adjective? It can be both, but James uses it as an adjective. And he says that publishers want something different, as long as it’s the same as everything else. Gordon has a plan for putting two politicians into the same room, having the First Minister murder another Minister…

Have they met evil people? Gordon said you can’t possibly know. Alexandra thinks you can, and she has encountered many evil people in the past. James has led a sheltered life, but has come across evil intent, even if people are not evil. 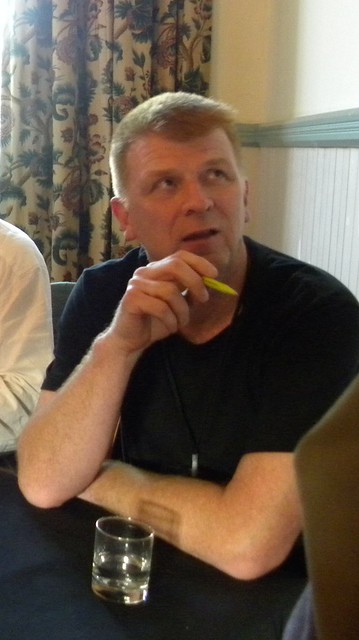 Writing series – Alexandra has written two books, and is working on the third, but doesn’t know how long she would continue. Feedback from readers is a good thing. Gordon will write more if he likes the characters, but if he tires of them it’s hard to make it fresh. James doesn’t know. He’s got a contract for six McLean novels, and since his detective doesn’t die at the end of book six, there is scope for more. He gets to know him better with each book, so could go on forever.

Have they researched the supernatural? Well, there seems to be some ground rules about demons. Alexandra has read up on the rules. James relies on Buffy, and Gordon talked about getting the Glasgow underground wrong. The trains might go round and round, but you could still be on the wrong platform.

6 responses to “Demon rules and the Glasgow underground”