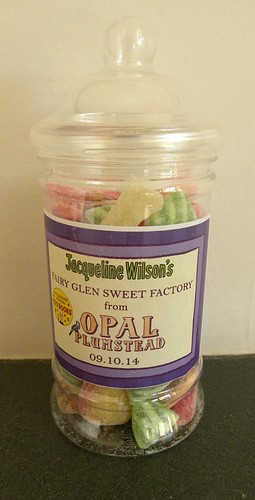 Right, I’m vertical again. Have had four hours of sleep, so this will be absolutely fine. It seems I wasn’t even the most far flung guest at last night’s Opal Plumstead bash at the Ritz. Dundee beats me very slightly. The really good thing about long train trips is the reading a witch can get done. By Darlington I had been scared witless by Rachel Ward, and I continued with Danny Weston, who continued to scare me with more water based ghostly shenanigans.

Must have sat next to either an author or an editor, because I could tell that a novel was being edited on my right, all the way to King’s Cross. Which has altered beyond all recognition since I was last there. (To begin with, I had to adjust my expectations from thinking I was at Euston.) I saw the Harry Potter trolley and the long queue of people wanting to catch the train to Hogwarts. 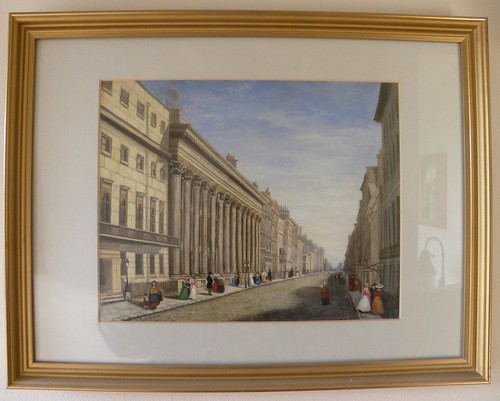 After a very brief look at clothes for librarians, I detoured to Green Park for a sit on a bench, before walking to the Royal Institution for a look around the Faraday Museum. I’ve never managed to be in the right part of London at the right time. I disgraced myself with the Elements Song down in the basement, before a nice pot of tea. Actually, it was only Twinings, so whereas my rest was nice, the tea was Twinings… 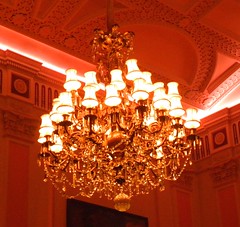 And at last it was time for the Ritz! I spoke to probably four doormen and similar, before getting my flower arrangements right and finding the Music Room. (Where else would you be told to turn left by the flower arrangement?)

Jacqueline Wilson was celebrating her 100th (book, not birthday!) in the company of 100 guests (no, I didn’t count), so what was I doing there, you ask. I have no idea. Clutching a glass of water, and eating rather a lot of rather tasty canapés. (Made a bit of a mess with the egg one.) Trying to rub shoulders with interesting people. The lovely Naomi made sure I spoke to Jacky early on, and I realised I ought to have brought a present, when my co-guest handed over a cute dog portrait. 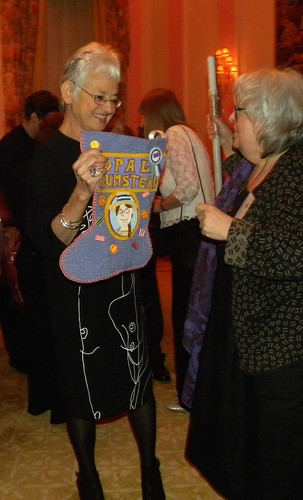 That wasn’t the only gift. There was a striking handmade Opal Plumstead stocking, of the Christmas variety. And like at all children’s parties, there was a party bag (purple) for the guests at the end of the evening, containing a signed book and some Opal Plumstead sweets. 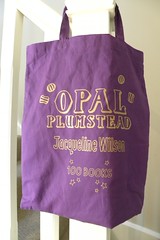 There were speeches. Annie Eaton had a paper to read from, to get it right. And she read out a letter fron Nick Sharratt, who couldn’t be there. He loves working with Jacky, but no, they are still not married, and no, he can’t ask her to put every child he meets into one of her books. 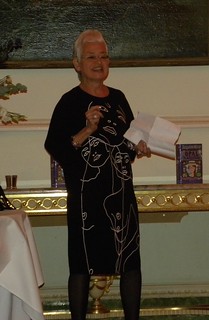 Jacky also had a paper, because – as she said – there had been champagne. Lovely speech, which was followed by two young men singing a song (from Hetty Feather the play, I believe) which listed every single JW book title, or so it seemed. The cast from Hetty Feather were all there, and I even met ‘Jem,’ aka actor Matt Costain. He wore a name badge which claimed he was in actual fact Jacqueline Wilson, but I didn’t believe that for a moment.

I’d worried in case book no. 100 would be deemed a nice even number to stop at. But book 101 is already in the bag, and book 102 is in the process of being written. Fans everywhere can breathe a sigh of relief. (Although my shelves have pointed out they don’t see how they will cope.) 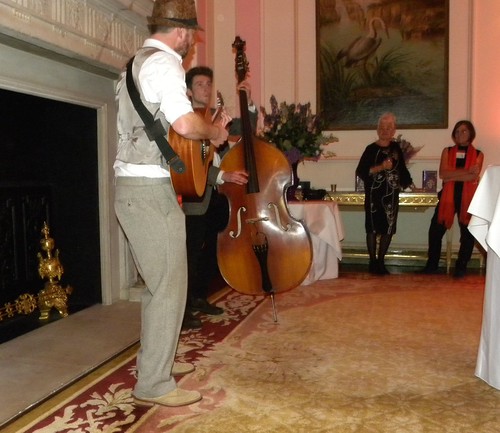 It was one of those events where an increasingly forgetful witch sees familiar faces and has to think hard who they belong to. So, there was one JW book character; driver Bob. Jacky’s daughter was there, as was Simon Mayo. Lots of publishing people, Jacky’s first agent, Julia Eccleshare, Anne Marley, Caro Fickling, Philippa Dickinson… 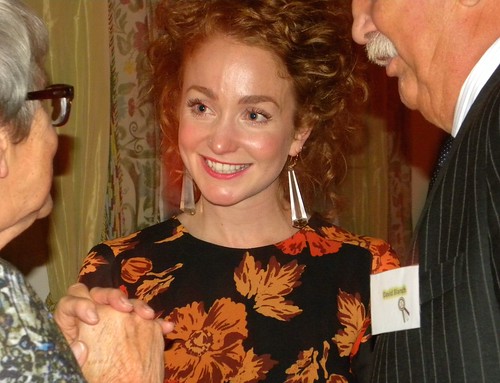 And many thanks to ‘Dear Trish’ who pointed out I’m not a Tom, Dick or Harry. One can’t always be sure.