One more list, and then I’ll be done. (Or possibly not. You never know.) Seven Stories and the Guardian have got together and listed the 50 best children’s books on cultural and ethnic diversity. It’s a really good list,

and I was really pleased because I felt I had read so many of the books on it. Until I counted them and it was about a third, so maybe I have some way to go. I still like the list, though:

Amazing Grace Mary Hoffman Illustrated by Caroline Binch. Frances Lincoln Children’s Books. The classic picture book about the little girl who loves stories and shows us that we can be anything we want to be.

Fruits: A Caribbean Counting Poem, Valerie Bloom Illustrated by David Axtell. Macmillan Children’s Books. A rhythmic counting poem that describes all manner of delicious Caribbean fruits as a little girl tries to eat as many of these as she can in a single day.

Handa’s Surprise, Eileen Browne. Walker Books. A mouth-watering story about Ayeko who puts seven fruits into her basket, but one by one these disappear as all manner of creatures snack upon them.

Hue Boy, Rita Phillips Mitchell Illustrated by Caroline Binch. Frances Lincoln Children’s Books As much as Hue Boy longs to be bigger, he discovers size isn’t everything in this uplifting village-based story about a small boy with a very big personality.

Leon and Bob, Simon James. Walker Books. A quiet reflective book about the unusual friendship shared by Leon and Bob and the sense of fun and fulfilment others can bring into our lives.

Not So Fast Songololo, Niki Daly. Frances Lincoln Children’s Books.
An African town is brought to life through sight and sound in this touching story of young and old where Grandmother Gogo and grandson Songololo set out on a stroll together.

Ramadan Moon, Na’ima B. Robert Illustrated by Shirin Adl. Frances Lincoln Children’s Books The festival of Ramadan and its celebration across the world is explored in this thoughtful book which looks at the role faith plays in many children’s lives.

Rastamouse and the Crucial Plan, Michael De Souza Illustrated by Genevieve Webster. Little Roots. A cheeky, cheese-filled tale about super bad thief Bandalulu who has stolen all the cheese from Mouseland.

So Much, Trish Cooke Illustrated by Helen Oxenbury Walker Books. A fun, feel-good and familiar story about the different generations of a family brought together by their love for a new baby.

Where’s Lenny? Ken Wilson-Max Frances Lincoln Children’s Books. An ideal first picture book by an award winning author/illustrator in which Lenny and his dad have a game of hide and seek in the house, enjoying fun and games together.

Azzi In Between, Sarah Garland. Frances Lincoln Children’s Books. A powerful graphic novel about Azzi and her family who seek refuge, filled with drama and tension it shows just how dangerous some people’s home lives can be and the difficult decisions needed to reach a place of safety.

Betsey Biggalow is here, Malorie Blackman Illustrated by Jamie Smith. Random House Children’s Books. Somewhere between Pippi Longstocking and Tracy Beaker, Betsey Biggalow, who stars in these short, pacey stories, is an imaginative and enquiring girl who is sometimes mischievous but always endearing.

The Colour of Home, Mary Hoffman Illustrated by Karin Littlewood. Frances Lincoln Children’s Books. Hassan feels out of place in a cold, grey country so different from his colourful Somalian home, which he was forced to leave because of war. But gradually things change… and he sees the new colours of home.

Fly, Eagle, Fly! Christopher Gregorowski Illustrated by Niki Daly. Frances Lincoln Children’s Books. A story of fulfilment and freedom shown through the parable of the baby eagle who is reared with chickens. This simply told yet dramatic story from Africa will delight children everywhere and encourage them to “lift off and soar,” as Archbishop Tutu puts it in his foreword. 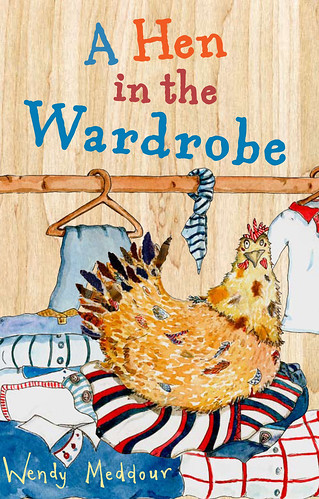 A Hen in the Wardrobe, Wendy Meddour. Frances Lincoln Children’s Books.
This is a funny, heart-warming family story set in Britain and Algeria, with fascinating glimpses of traditional Berber culture and lots of colourful characters.

Kasia’s Surprise, Stella Gurney Illustrated by Petr Horacek. Walker Books. A moving and hope-filled book about Kasia and her mum who have moved to the UK from Poland, it looks at the importance of the people we are close to and the gradual acceptance of change.

Mirror, Jeannie Baker. Walker Books. Although thousands of miles apart, there are many similarities between the homes and daily routines for the two boys in this book, its minutely detailed illustrations inspire readers to see that, in spite of surface difference, there is often more similarity in our lives than might, at first, be recognised.

Mufaro’s Beautiful Daughters, John Steptoe. Puffin Children’s Books. This special book has a fairy-tale like charm as a King takes on the search for a wife. Mufaro has two daughters, one rude and mean and the other generous and thoughtful, which will win the hand of the King?

Number 1 Car Spotter, Atinuke. Walker Books. A witty story about the hugely appealing Number 1 who sets about searching for and solving problems and carrying out chores for his family.

Under the Moon and Over the Sea: A Collection of Caribbean Poems, ed John Agard and Grace Nichols. Walker Books. A lyrical and lively collection of poetry that captures the sights, sounds, tastes and tales of the Caribbean and its people.

Boy Overboard, Morris Gleitzman. Puffin Children’s Books. Jamal and sister Bibi want to lead Australia to victory in the World Cup, but that entails a journey from their homeland, Afghanistan where their family has upset the authorities, and a lengthy voyage overseas.

The Island, Armin Greder. Allen & Unwin Books for Children & Young Adults. The poignancy of the pictures in this story about a man washed up on an island beach and outcast by its community explores intolerance and is a powerful and moving conversation starter for discussions around acceptance.

Journey to Jo’Burg, Beverley Naidoo. Macmillan Children’s Books. A deeply affecting modern classic about a brother and sister who journey through the South Africa of Apartheid in a race against time to find their mother thereby saving their poorly baby sister, Dineo.

The Life of Stephen Lawrence, Verna Allette Wilkins Illustrated by Lynne Willey. Tamarind. Full of life and potential, Stephen Lawrence was a boy with huge hopes for the future. Murdered in 1993, the book looks at prejudice, injustice and a family’s fight to uncover the truth.

Oranges in No Man’s Land, Elizabeth Laird. Macmillan Children’s Books.
Ayesha lives in war-torn Beirut, a city divided by conflict. When Ayesha’s granny falls ill, she must cross the barricades into deadly no-man’s land to try to get the medication that is so badly needed.

A Nest of Vipers, Catherine Johnson. Random House Children’s Books. The youngest member of a collective of pick pockets and con-artists in 18 Century London, Cato Hopkins appears at risk of paying penance for his crimes with his life…

Talking Turkeys , Benjamin Zephaniah. Puffin Children’s Books.
A thought provoking and wide reaching collection of poetry for children that explodes from the page, begging to be read aloud.

Tall Story, Candy Gourlay. David Fickling Books. Quirky, unusual and filled with affectionate humour, this story looks at the relationship between Andi, who is short, and her long lost, enormous half-brother Bernardo who comes to live in London from the Philippines.

Too Much Trouble, Tom Avery. Frances Lincoln Children’s Books. A fast-paced read about brothers Em and Prince who struggle to make a life and home for themselves on the streets of London. Winner of the Diverse Voices award 2010.

Trash, Andy Mulligan. David Fickling Books. Raphael is a dumpsite boy whose days are spent sifting through rubbish and whose nights are spent sleeping beside it. This deeply affecting story tells how one fateful moment – the discovery of a small leather bag – can radically change one’s fortunes…

The Trouble with Donovan Croft, Bernard Ashley. Oxford University Press. Children’s Books Keith’s new foster brother, Donovan, won’t speak to anybody, will Keith be able to uncover the reasons why and help Donovan to open up?

The Unforgotten Coat, Frank Cottrell Boyce. Walker Books. This acutely perceptive, gem of a book recounts how Julie tries to help two Mongolian refugees who are struggling to fit in with their new classmates in Liverpool and movingly describes why their friendship ended unexpectedly… 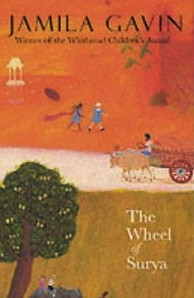 The Wheel of Surya, Jamila Gavin. Egmont. The violence and danger of India during the Independence movement and its partition from Pakistan acts a catalyst for Jaspal and Marvinder to flee from their village in an effort to reunite with their father who is a student in England.

The Arrival, Shaun Tan. Hodder Children’s Books. This wordless graphic novel explores the many reasons that lead people to leave their old lives and homes behind and set out upon the journey entailed in starting afresh.

Artichoke Hearts, Sita Brahmachari. Macmillan Children’s Books. Aged twelve, Mira’s life changes when her Nana Josie becomes ill and Mira begins to learn about the secrets of her family and loved ones in this emotionally honest novel.

Blood Donors, Steve Tasane. Walker Books. A skin-crawling novel about Marshall O’Connor who lives in the ‘Finger’ a block of flats with a deep, dark and deadly secret. This distinctive, fresh and decidedly creepy novel explores stigma and prejudice.

The Breadwinner, Deborah Ellis. Oxford University Press Children’s Books.
Kept house-bound by the Taliban’s law that women and girls should not leave the house on their own, Parvana, her mother and sisters are in danger of starvation when their father is arrested.

Half-Caste & Other Poems, John Agard. Hodder Children’s Books. The poems in this highly original collection, penned by John Agard uncover a wealth of human experience and on differences in race.

Moonfleece, Philip Ridley. Methuen. A playscript that explores the tensions between two groups of teenagers who come to learn the way party politics influence the everyday lives of individuals and the devastating impact this can have.

Noughts and Crosses, Malorie Blackman. Random House Children’s Books. Sephy and Callum live in a world of split communities and civil unrest, can their feelings for one another grow and blossom against this backdrop and what will occur if those feelings are discovered?

Refugee Boy, Benjamin Zephaniah. Bloomsbury Children’s Books. Thrilled to have left his home country of Ethiopia for the first time, Alem is excited to be spending a holiday with his father in London. Happiness turns to despair when he discovers his father has left him alone in an unfamiliar country…

(Un)arranged Marriage, Bali Rai. Random House Children’s Books. This highly personal story was partly influenced by Bali Rai’s own experiences, it looks at the impact cultural traditions can have on young people growing up in modern times and the book will resonate will all who have experienced the pressure of expectation at the hands of their family.

The Weight of Water, Sarah Crossan. Bloomsbury Children’s Books
Poetic and reflective, the story tells how Kasienka comes to England from Gdansk in Poland with her mother, a suitcase and a laundry bag full of clothes, desperate to search for her father.

I shall have to magic up some extra reading time for a few more of these. I strongly suspect none of the books have wizards or vampires in them. (Although, I would – obviously – welcome corrections from my well informed readers on this.)

Sorry for copying in the whole list. I simply felt it was important. And it made me feel better, after not having been able to join many of the authors on the list at the Guardian’s HQ on Monday.