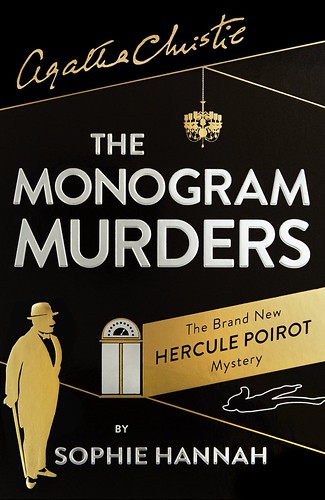 The setting is 1929, and it’s most satisfying to find we could go that far back in time. At least it is when you can live like Hercule Poirot and the people involved in a murder mystery of this type. You’re halfway to being in a period film.

I could never work out who did it in Christie’s novels. There were always so many twists and turns, and that’s true here as well. You sort of suspect and feel what must have happened, but it wasn’t quite like that.

Poirot is approached at the beginning by a woman who fears she is about to be murdered, and when she disappears, Poirot worries she is already dead. Meanwhile, his new friend Catchpool from Scotland Yard has a triple murder in a posh hotel to investigate. Before long, it’s clear the two are connected.

He might be ‘on holiday’ but Poirot needs to exercise his little grey cells, and he comes to the rescue of Catchpool who is feeling out of his depth.

I don’t see how Christie fans can help but want to read this book. Lovely setting, wicked people, and a lot of confusion both in London and in the small village, which is behind all that happens. There are vicars and doctors and inn-owners, irate spinsters and widows, plus The Glamorous Woman.

And there is Poirot.

4 responses to “The Monogram Murders”