The Episode of the Black Dog

It’s not every young teenage boy who has a grandfather quite as ancient as Alex’s. He might be old, but he’s cool. Practically a James Bond, even at his age. So Alex is more than happy to gallivant round Europe with the old man, again. After all, they survived their last adventure.

So, here they are, on a train across the Continent, bound for more adventures. Author Damien M Love has called this excerpt The Episode of the Black Dog, and it will eventually form part of Like Clockwork, Volume 2: The Old Man’s Back Again, which will be published some time next year. There is every reason to look forward to that. (And, you know, if you didn’t read the first one, now is a good time to remedy that woeful oversight.) 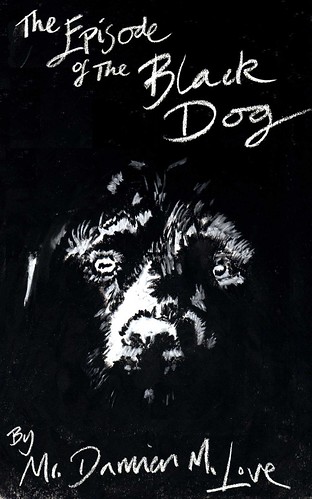 Anyway, here they are, Alex and his grandfather, travelling rather like ‘The Old Man’ did with his father, back in, well, a frightfully long time ago, when the black dog adventure happened. They’re in Magdeburg, and there are funny goings-on. And a dog. A black dog. Excitement in the dark of night.

Damien is offering the extract for free on Amazon over the Halloween weekend. I think that’s a good deal.