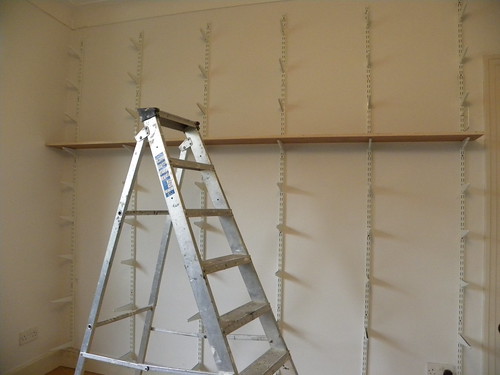 Well, it’s a start. The upright thingies and the brackets are in place. The black dust has settled. (We have black bricks.)

The shelves are resting losely on the brackets, in order to ease the painting of them. Nine shelves, all with undersides and topsides, not to mention edges. 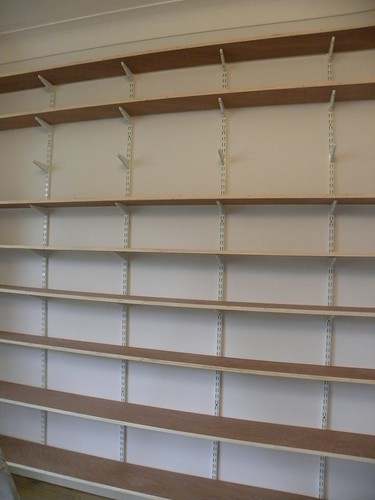 Right now I’d like to see a painting scene like you get in these film snippets where the film speed has been ‘improved’ on. That way those shelves could be snow white tomorrow.

The joiner asked if we have many books. The Resident IT Consultant has yet to learn that it’s easier to count them in metres than as thousands of volumes.

The joiner has three books. I almost envy him. It feels so certain, and so un-encumbersome. He knows what they are, and he knows why he’s got them. And he knows how to put those upright thingies on walls, which is a good skill to have.

This entry was posted in Blogs, Books. Bookmark the permalink.