The Tobermory Cat is back. This time he – and Debi Gliori – teach young readers to count. 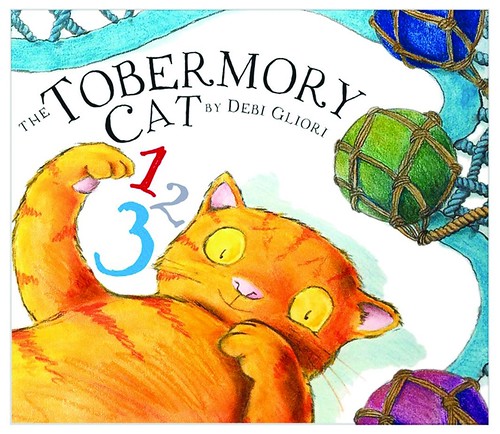 He’s such a hungry cat that I was reminded of Six Dinner Sid, although TC appears to have a mere five houses in which to have lunch. How he can possibly have room for snacks before dinner is beyond me. But TC is a clever and capable cat.

Still as orange as ever, TC thinks, and dreams, mainly about food, from breakfast to his bedtime drink. Between meals he fights wasps, sleeps on cars and has his photograph taken by lots of people. Whatever he does, we can count it.

This is a great start to Book Week Scotland. There are one, two, three, four, five, six days left. Isn’t that right, Tobermory Cat?