I spoke to Thumper’s mum again. I realised I wasn’t quite done being unkind.

The thing is, one of the press releases I received for a recent book, mentioned David Walliams’ illustrator. Perhaps you are more aware than I am, who that actually might be, and are shouting out his name as you read this. But I was taken aback at the description. (I’m hoping it was a slip of the keyboard.)

The book was the new Horrid Henry, and Francesca Simon received the correct star billing as being a top-selling author. But guess what? The person who illustrated Horrid Henry (after all these years, 25 or some such number) is David Walliams’ illustrator! I wouldn’t know DW if he sat opposite me on the train, and even if this person was a rookie illustrator who had only made pretty pictures for a few books, I’d still expect him to be properly introduced, by his own name.

Especially since he is Tony Ross; one of the leading children’s books illustrators, and someone whose work is instantly recognisable. Tony does pretty pictures for many authors, and he also does them for himself, when he is the author as well as the illustrator. I always make a point of reading and reviewing his work if I can, because I know it will be good stuff. 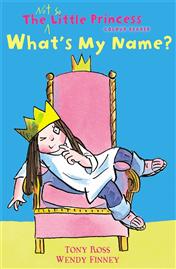 Like this one, The Not So Little Princess, What’s My Name? where the words are by Wendy Finney (they are good words, too), but you find that Tony’s name is mentioned first, and with no DW in sight. (OK, so it’s by a different publisher.) It’s as funny and lovely as all the other Little Princess books have been before it.

As you will have guessed, the Little Princess has got bigger. These things happen. And her family and ‘servants’ realise she can no longer be addressed as Little Princess. But when they recall what her real name is, they all turn a wobbly and run away, hoping they won’t be called upon to be the one who has to tell her.

Just as silly and amusing as you’d expect. And the LP is a sensible girl, deep down, and she solves the name problem herself and everyone is happy.

I wonder if there will be more Big Princess books? 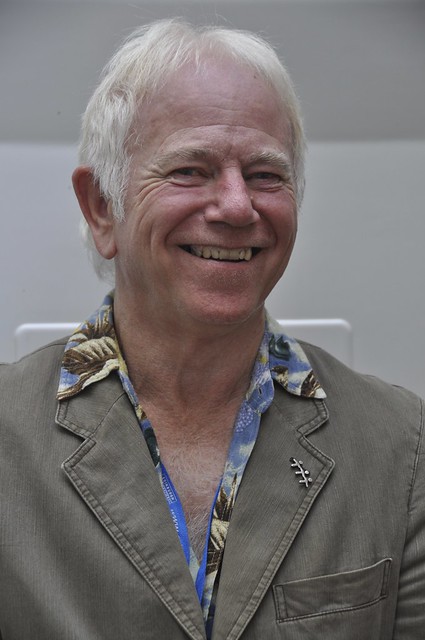 THAT is Tony Ross, above. In case you are ever called upon to sit opposite him on a train.

3 responses to “Whose illustrator?”