Oh, how I wish I could have been there! Now that I’m finally here, I mean. But I gather that the 2015 Scottish Children’s Book Awards managed without a witch (this one, anyway) and celebrated the three winners in style on Wednesday, at the Assembly Rooms in Edinburgh.

With three categories, there were three celebrations, and three shortlisted authors for each (except Alexander McCall Smith who’d gone off to Dubai). 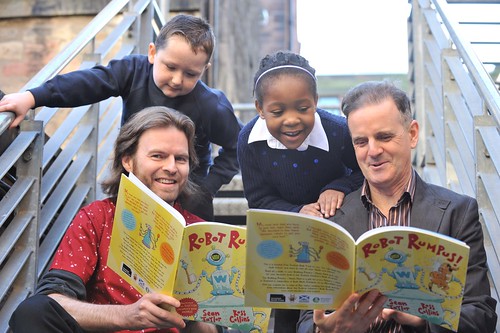 The Bookbug Readers were lucky, in that picture books being relatively short, all three books could be read out on stage. There was also live drawing on stage, and singing. Very jolly. And the winner was Ross Collins, for his illustrations of Robot Rumpus, written by Sean Taylor. 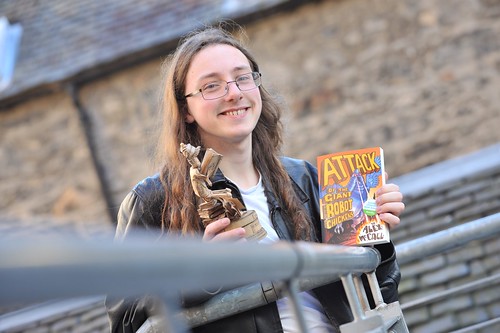 Robots are clearly the thing, as the winner of Younger Readers category, first time novelist Alex McCall won with Attack of the Giant Robot Chickens. He’s only 21, and looks, well, younger still… There was a book quiz to entertain an audience (and I’m sure I’d have won that. If I’d been there) of visiting school children from all over Scotland. 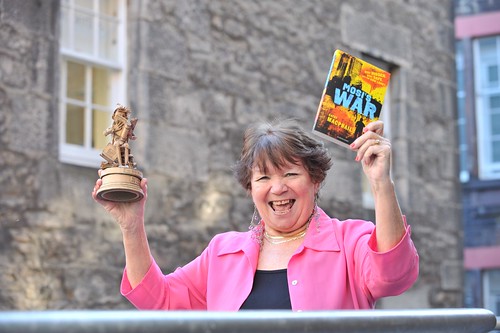 The winner of the Older Readers category was Cathy MacPhail with Mosi’s War, which didn’t surprise me at all. Cathy wins a lot, and for a good reason. Her audience were also treated to a book quiz, which I’m sure was great fun for all those involved.

I might as well say this again; I feel Scotland is very lucky to have the Scottish Book Trust.

One response to “Best Scottish”