Coffee, beer and a book launch

You’ll have to excuse me, but I saw so many authors on Thursday that I am unable to list them all here. Not because the list would be too long, but simply because I no longer recall absolutely everyone, nor did I necessarily see or recognise them in the first place. But if you were there, tell me and I will add you to the list.

I had crawled out of bed to go and have ‘coffee’ with Marnie Riches who was also in town. She’d been doing her own book related things the night before, and was now up for grabs while on her way to CrimeFest via Paddington. We chatted and drank ‘coffee’ and then I accompanied her to her train and made sure she got on it, to join her murderously minded colleagues in Bristol. (I provided her with a secret list of who to talk to there, but I doubt she’ll obey.)

After some admin and a good rest (because having ‘coffee’ is hard work…), I packed my going to do an interview and going to a book launch bag and went off to Hampstead in the rain. 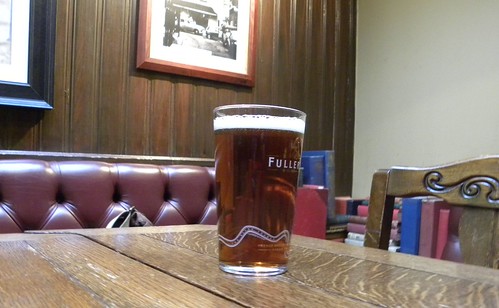 First I did a recce at my second Waterstones in two days, before walking uphill (they have some surprisingly steep hills in Hampstead) to a very old pub suggested by Anthony McGowan as a suitable venue for me to grill him on all kinds of authorly secrets. He was right; it was a good place to go, even if there was a slight but steady drip of water from the skylight above me. Before leaving for the book launch we were going to, Tony took his t-shirt off, but that wasn’t as bad as it sounds.

He brought me along the scenic route to Waterstones, and we encountered new author Nicole Burstein in a café across the road, and she came along as well. And then everyone started the game of turning their books face out on the shelves. Nicole’s bookshop past also meant she had to tidy all the book piles on the tables, and I have to admit it’s hard to resist… 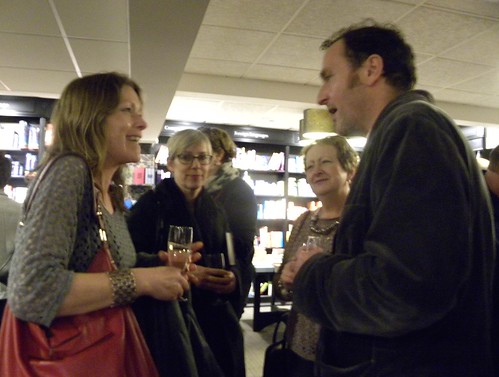 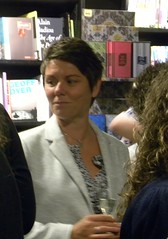 More and more authors kept arriving at the shop, and even a few ordinary people. Liz Kessler, whose launch it was – for Read Me Like a Book, arrived accompanied by her wife. Before long the upstairs at Waterstones was full of guests, and after a while it was just about too crowded to move about and take photos of people, because there was always someone else ‘in the way.’ But believe me when I say they were all there. 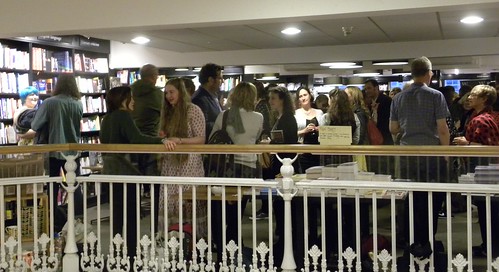 There were drinks, and there was the most enormous cake. And you can’t celebrate a novel like this without some speeches. Orion’s Fiona Kennedy spoke of her decision to publish Liz’s book; because she ‘didn’t want anyone else to have it.’ 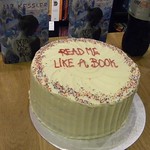 Liz herself talked about why she wrote Read Me Like a Book, and how things on the lgbt front have changed over the last twenty years or so. She thanked all the people in her life who had made the book possible, from her former English teacher, to her wonderful agent and her publisher, to her wife.

She read a chapter from the book, where Ashleigh stays behind to talk to her English teachers, just because she needs to. 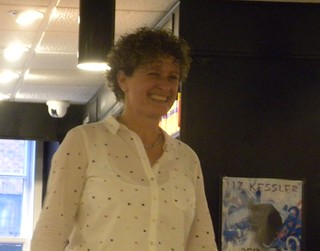 Finally there was a short speech from Ruth Hunt, Chief Executive of Stonewall. And I believe there was even a little time left for the buying and signing of books

6 responses to “Coffee, beer and a book launch”