The fifth Theodore Boone is here! I have to own up to still enjoying these junior John Grisham books very much. And that cliffhanger I could see at the end of the first book, which then didn’t materialise? Well, it’s here now. And matters continue to wobble near the edge of the cliff as we leave Theodore and have to wait for the sixth and last book.

Strattenburg’s most wanted man is back. Theodore goes on a school trip to Washington, and accidentally comes across this suspected murderer on the run. Because Theo is Theo, he knows what to do to prove it’s Pete Duffy, and the point of the book is not the catching of Mr Duffy, so much as the trial he needs to face. 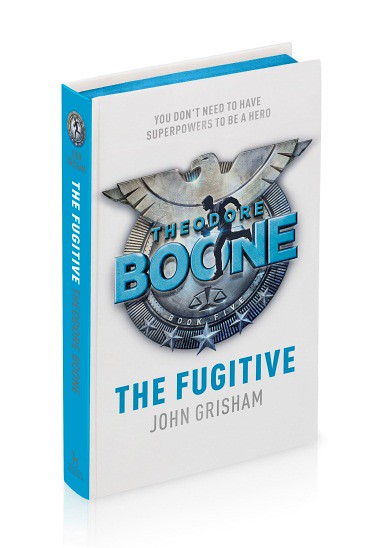 Because it’s the law that Theo the miniature lawyer is passionate about, and it’s important that young readers learn how the law is – supposedly – there to take care of you and keep you safe. The town of Strattenburg is not perfect, but it does its best.

Pete Duffy is not the loveliest of men, and nor is his defense lawyer, or his ‘helpers.’ Some people will go to any lengths to escape jail, and one of the witnesses for the prosecution in particular has to stay brave and remember his duty. But will he? Can he? The case is so difficult that Theo begins to doubt his calling.