I’ve been having witchy feels for weeks, so it’s hardly surprising it went like this.

It won’t be obvious to everyone that the way to get to Holiday Bookwitch Towers is to fly to Denmark. You know, fly to one country when you aim for another. But you can just about get used to that.

However, flying to Norway to fly to Denmark to eventually cross over to Sweden, strikes me as excessive. It’s not quite a U-turn; more like two sides of a triangle (although I’ve not looked at a map for a while, so could be wrong). They cancelled our direct flight, and sent us to Oslo where, as the captain said, it was a pleasant 8. Degrees, I believe. Not pleasant at all, and extremely wet.

They were fussy, too, discovering the Kindle I had omitted to take out for the second lot of security checks of the day. Edinburgh didn’t even notice.

In my boycotting-stupid-trains-mode, we hired a car, as Son had found a rental that was so cheap it would have been silly not to. And then we didn’t cross on The Bridge (which is what sensible – or did he call them normal? – people do, according to the Resident IT Consultant) because I, well, I didn’t feel like it. We got the ferry instead. We hit Helsingør ferry terminal at 19.30, and even with fussing over the ticket buying, we were on the ferry, car and all, for the 19.40 departure. 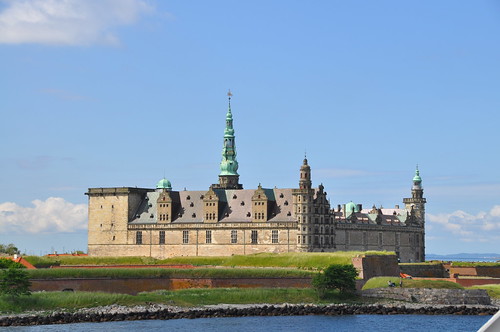 There is no end to Danish television ties here. It was pure Borgen on the way, as I gather they have just called an unexpected election (unless they were merely trying to prevent Mr Cameron from visiting). 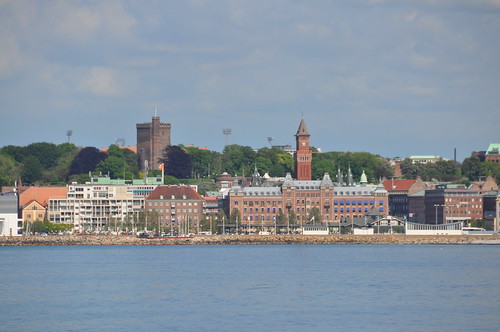 On the other side we found a Lidl car park to stop for a five minute food break, so it was all good. The Resident IT Consultant accidentally hit the hot-seat button, so got rather warm before he found the off-button, but since we’d been warned it was going to be cold here, that might not have been a bad thing.

We could be in for more pleasant 8s, if we’re not careful.

This entry was posted in Blogs, Crime, Travel. Bookmark the permalink.

One response to “A pleasant 8”