Here but not there

Well, they seem to have fun even without me, don’t they? And it’s not as if I begrudge them that. Some other summer I will be there, rather than here. 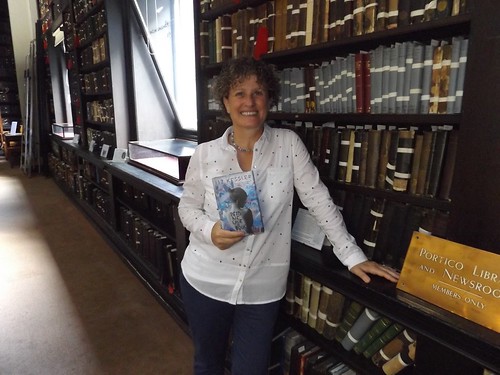 On Monday evening Liz Kessler presented her Read Me Like a Book at the Manchester Children’s Book Festival, which makes so much sense for a former MMU writing student done good. 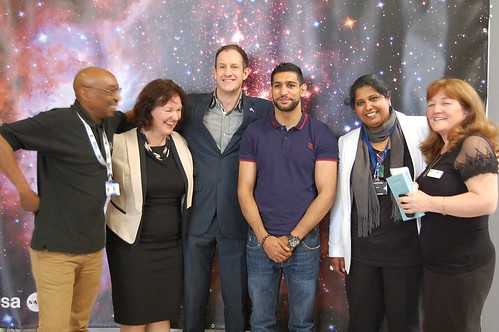 And this star studded photo of the mcbf people with Amir Khan looks very nice. I have to admit to having to look him up. I don’t know these things, but it appears he is a famous boxer. He’s also patron of mcbf’s multilingual poetry competition Mother Tongue Other Tongue. So that’s one boxer, one poet laureate and one poetry competition. 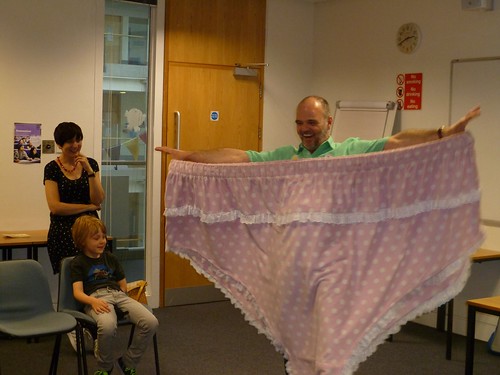 Finally, Steve Hartley and his giant pants. You just can’t have pants that are too large.

I was slightly mollified by the arrival of a local author and her daughter, bearing cake yesterday afternoon. Bookwitch Towers cheered up, and so did I. Especially as the daughter lost herself in Simon Mason’s Running Girl, which is A Very Good Book.