If you feel up to the gruesome nature of what some people do to other people, you should go along to one or more of the Amnesty International readings in Charlotte Square. They are free, and they are good, but they could make you cry, as happened to one of the authors reading the other night. But then, if the people who need Amnesty’s help can put up with what’s being done to them, I reckon we can.

I’ve been to two readings this week. The first one had Dreams of Freedom as its theme, and it is also the title of a book published in association with Amnesty. It has short quotes from well known people who have been wrongly imprisoned, and it has been illustrated by famous artists, including Oliver Jeffers and Chris Riddell. 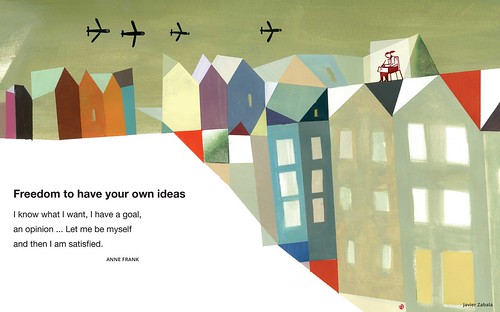 On Wednesday the authors who read to us were Dub Leffler, Debi Gliori, Michel Faber and D D Everest. They are all different people, but they all read very well, and talked about their pieces in a way to make me want to read more. To do more.

Wednesday’s writers were Nelson Mandela, Malala Yousafzai, Aung San Suu Kyi and Tenzin Gyatso (Dalai Lama). It’s easy to think we know it all, but we don’t. We need to hear more of what’s being done to people.

On Thursday the authors were Paul Magrs, Teri Terry, Priya Parmar and Cecilia Ekbäck. The pieces they read were all excedingly short, but no less powerful. The writers were Alicia Partnoy, Liao Yiwu, Enoh Meyomesse and Stephanie Ndoungo, and what strikes you again and again is how normal their behaviour has been, and still they end up incarcerated.

Amnesty in Edinburgh are asking people to sign a petition to free Atena Farghadani, who is an Iranian artist, punished for posting a cartoon on Facebook, and sentenced to 14 years. When she shook the hand of her male lawyer, they were both accused of indecent conduct. To sign you can text ATENA and your own FIRST and LAST name to 70505. 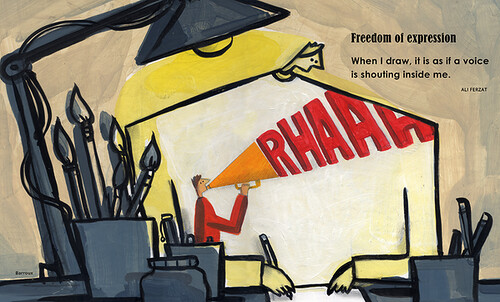