Putting the Edinburgh 2015 bookfest to bed 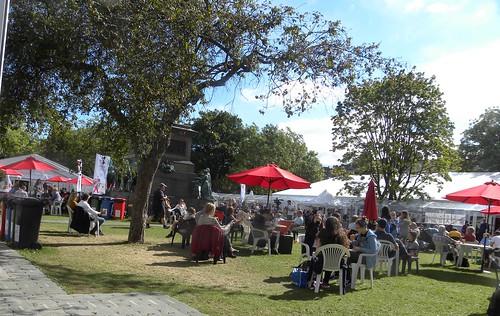 It’s time to put the finishing touches to my book festival bits and pieces report. If I can even remember what I did and who I saw. If I can even find my notes (Although, I can always make things up.)

The first few days I had my photographer, until she went and left the country. It’s understandable. I’m a hard witch to go gallivanting with. 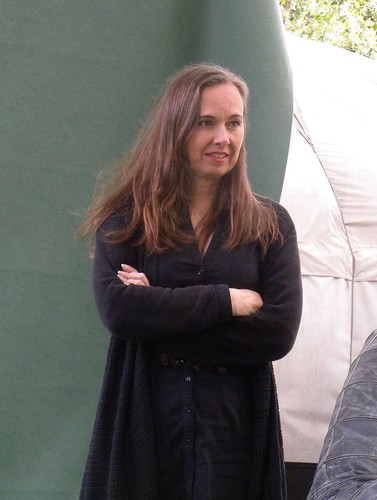 Then I was on my own, holding pen in one hand (except for when the ink ran dry) and pad in the other, and my camera in my third hand. But it worked, more or less. My first photocall I couldn’t remember who I’d come for, although I recognised Yrsa Sigurðardóttir when I saw her. 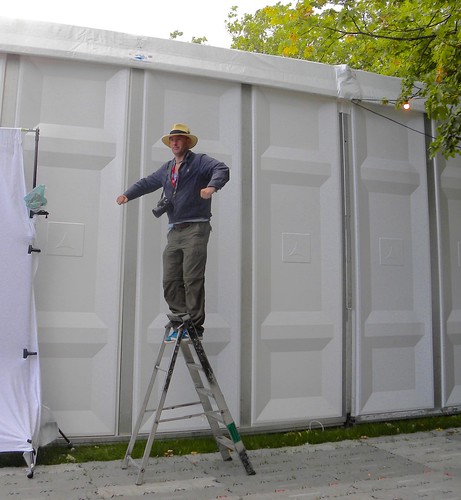 And I was pleased to ‘meet’ Nicola Sturgeon and see her selfie skills at first hand. I came to the conclusion that to make your event sell out like Roy Gill’s, you create a Facebook event and invite everyone, even your second cousin in New Zealand. 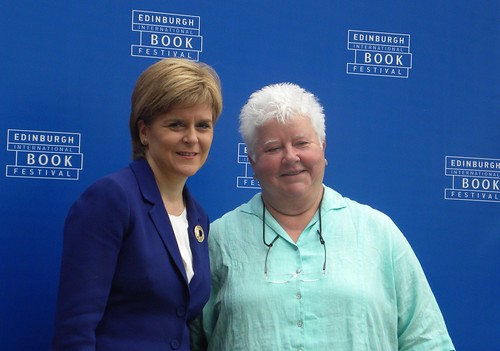 One day I travelled into Edinburgh in the company of Helen Grant, who was going to the Teen Titles event at the library. In actual fact, an awful lot of authors were going to that, and more still would have gone had they not had book festival events. Crazy Kirkland Ciccone went as some kind of Andy Warhol meets Boris Johnson in a beret. I had the opportunity of admiring Nicola Morgan’s shoes, which is a not inconsiderable experience. 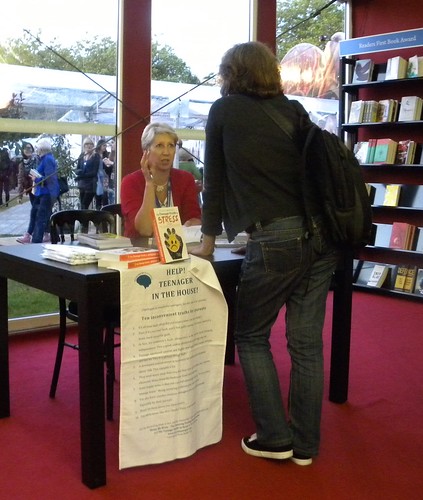 Saturday gave me Eoin Colfer and the ducks. 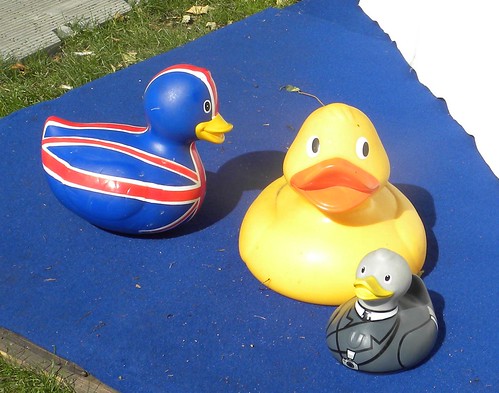 For my last day I made a list of events to go to, official photocalls I was interested in and the unofficial opportunities of catching authors signing after events I’d been to and events I’d been unable to go to. I colour coded them, and had three columns, in strict chronological order, and I still had to refer back to it again and again because I got muddled up. I needed to identify breaks long enough to eat in, and got confused because it looked like the hour I was in an event, I’d be free to have lunch, and then worked out that wasn’t the case at all.

How nice it would be to be less old.

Which brings me neatly to my discovery when I got home and checked Google images to see what Sarah Ardizzone looks like, as I saw several people at her translation event and didn’t know which one was her. She turned out to be the one I’d taken a photo of in the signing tent that day, just because she happened to be sitting there with author Marjolaine Leray, next to Liz Kessler. 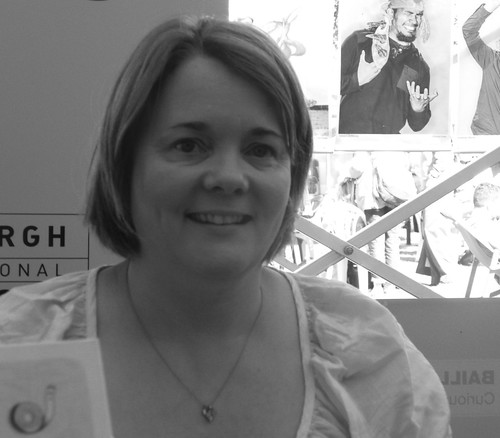 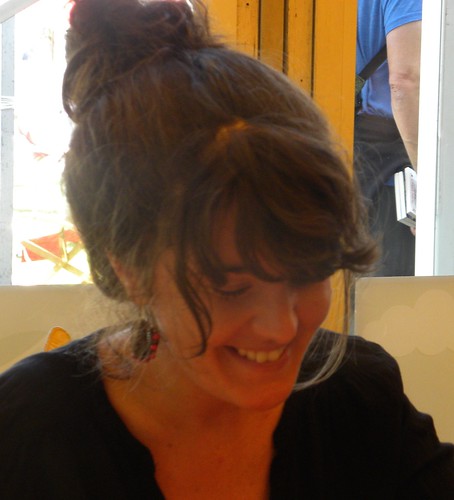 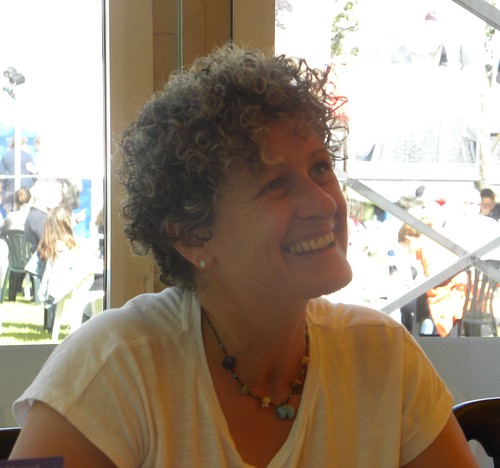 Luckily some authors spend forever signing books. This helps people like me catch up with them, when I would otherwise have missed them, in the midst of that colour coded list with not enough food breaks. Francesca Simon is one, and she was there with Steven Butler. 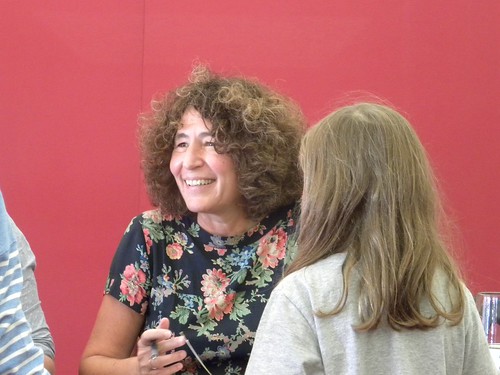 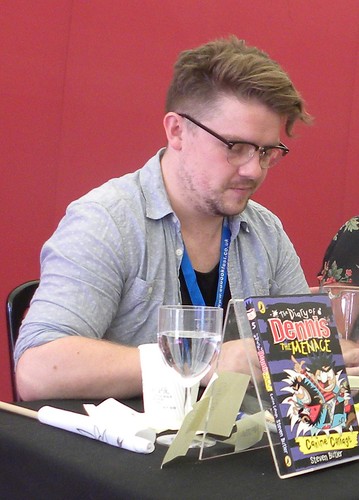 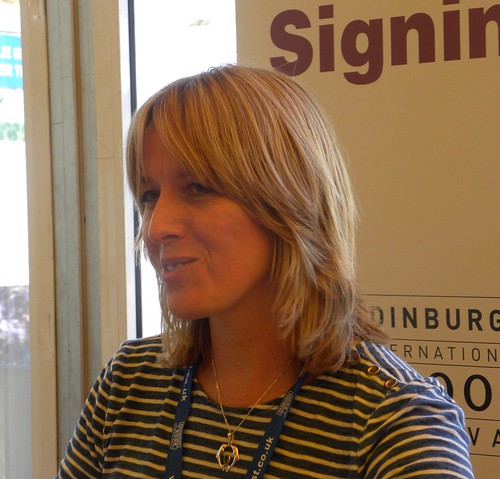 Lauren St John is another long signer, very popular with her fans, as is Tom Palmer who is clearly doing something right with his sports novels. 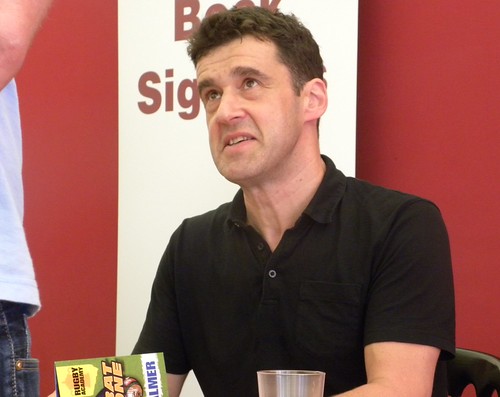 I had ignored the name Gordon Brown on the photocall list, assuming that since I’d seen the politician last summer, it was bound to be the crime novelist this time. But it was the former PM, and I even caught him signing after his popular event, shaking the hands of everyone in the queue. 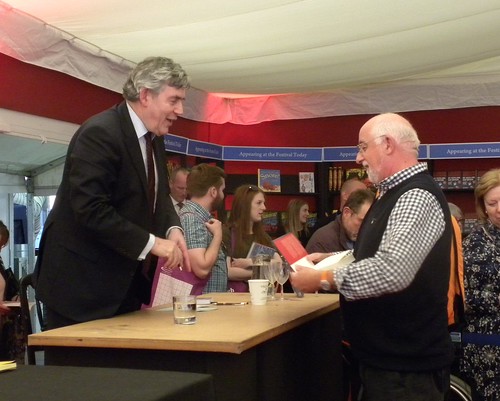 Chris Riddell made a second appearance that day, this time with his long time writing partner Paul Stewart. 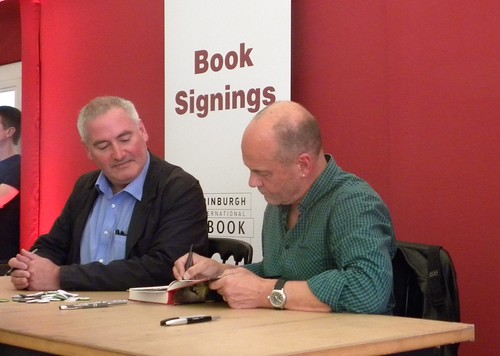 Before I ran for (OK, hobbled towards) my train home, I photographed the still very cute Christophe Galfard, physicist and former PhD student of Stephen Hawking. 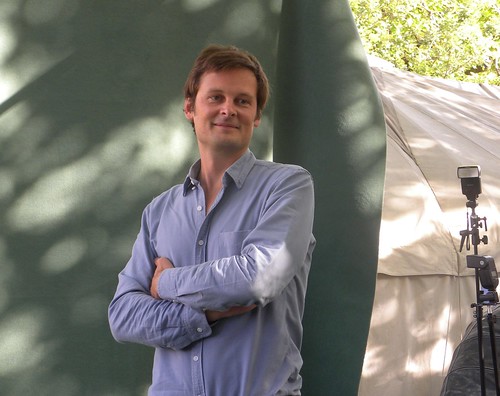