I often say I’m the kind of immigrant that people like or want. I could be wrong. It was never easy being allowed into the UK, but it was possible, and required only a phone call to the British embassy in Stockholm, payment of a fee, a plane ticket to London, a conversation with the immigration officer at Heathrow (who was mainly interested in where the future Resident IT Consultant came from – like was he another ghastly foreigner, importing more of his foreign kind into the country?), another discussion with an unpleasant customs officer, followed much later by a day at Lunar House in Croydon with all the other hopefuls. And much much later an interview with a council employee (who rather suspected I’d be importing all my foreign relatives if she wasn’t strict with me) to get my NI number.

But I got in, and I have stayed.

And here I have read many books about the plight of people in the 1930s who fled their countries and ended up in Britain, and survived because of it. There are the books, and then there are the authors, who wouldn’t be here today were it not for someone getting permission to enter back then. Now there are people here who actually are proud of this, even though there was hostility at the time. 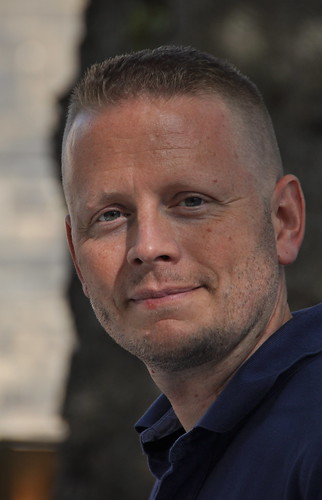 Patrick Ness is another foreigner who must have managed this move as well, since he now lives in the UK. He’s blonder than me, so was possibly more welcome.

By now it appears that Patrick has caused hundreds of thousands of pounds to be donated in aid of the refugees, whose fate we see in the news at the moment.

Just think, in 2095 there could be people who will proudly say how happy they are that Britain welcomed these scared and desperate human beings in 2015. Because it’s what good countries do.

(Here is where you can donate to Save the Children and join Derek Landy and John Green.)