Even though I know I will love listening to Sophie Hannah talk about her new book, it takes me by surprise how entertaining she is. Fun. Intelligent. I’ve had her A Game For All The Family sitting here for a while. First I was going to read it immediately, but you know how that tends to go. After that I was too scared to contemplate it. Because Sophie is one scary woman, too. 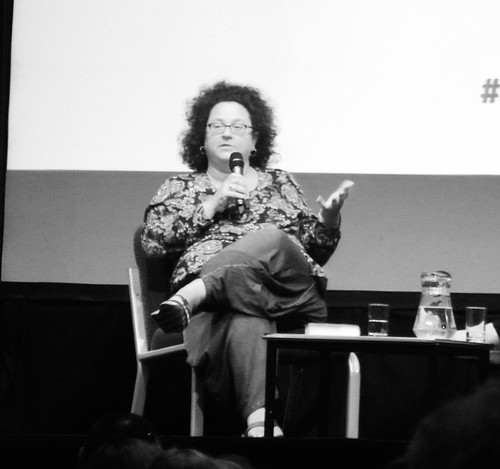 She’s satisfied with the title of her novel. She got the words from numerous boxes containing board games and the like, and her novel is about a family playing games, just not Cluedo or Monopoly. It’s her first standalone novel, and she couldn’t use her normal detectives Simon and Charlie, because she needed the police to be useless. And to be in Devon.

It’s about pathological lying, which is different from ‘normal sensible lying.’ She was inspired by her daughter’s friend, who was an unusually interesting nine-year-old boy. (Sophie tends to go out of her way to avoid children.) Set in a house on the same spot as Agatha Christie’s Greenway, it was inspired by Sophie’s family holiday there. 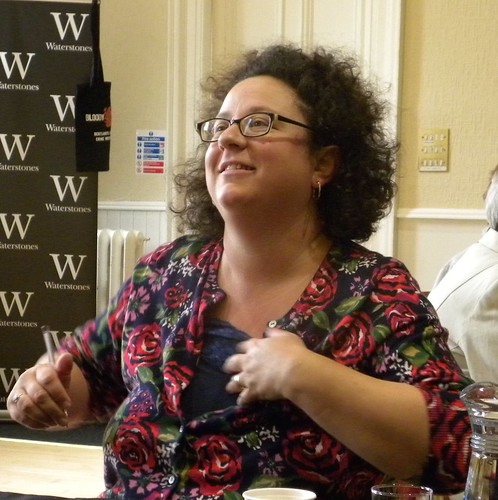 Sophie has to plan everything in advance, as her ‘mysteries are so weird’ and there is generally just the one possible solution. She reminisced about her own house move from Bingley to Cambridge, moving not because they needed to, but because she felt like living in Cambridge. It made her feel a bit neurotic, worrying about having randomly moved her family, possibly tempting fate in doing so.

As a child she used to write jolly, childish stories, but rarely of the fingerprints and DNA variety. She talked about the pathological liars she has known. Her husband told her ‘no one is even remotely as weird as you.’ She feels attuned to the weird side of life, and loves inviting insane guests for dinner. (You’ve been warned.)

Apart from for her Poirot novel Sophie has come up with the titles for all her books, and she likes having the title before she starts writing. She feels there is often a link between what authors like reading and the kind of books they write. Sophie grew up on Agatha Christie and Ruth Rendell, who are both favourites, as well as P D James’ Innocent Blood which she would go up to strangers to recommend. 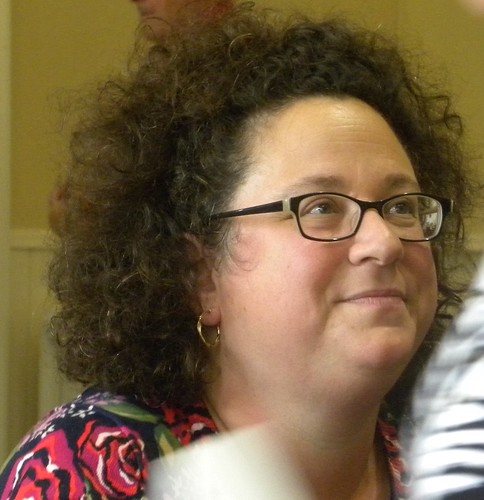 At the moment Sophie has four and a half days off from having finished her next book, The Narrow Bed, before she starts on a secret writing task that has to be done by Christmas. I think we can guess.

When I got home, all fired up, I discussed the book with the Resident IT Consultant. I said I must read it. He – who has read it – commented on the plot, and I said ‘that sounded like a bit of a spoiler.’ He looked embarrassed before saying he’d better not say any more. Wise man. Maybe I’ll gag him.