Not here you don’t

‘Would you like a different ending with that?’ Or how about a new first chapter?

Book publishing is hardly the same as ordering chips with your meal, instead of the boiled new potatoes. And still, publishers will insist on things being done their way. Sometimes that’s probably wise, because they have the experience. On the other hand, the author has the book in his or her head.

I remember Fletcher Moss being bemused by Chicken House telling him that his competition winning – first – novel had to be turned round quite drastically, to be publishable.

And now Cornelia Funke has been told the Americans need a different beginning to her new book, already published in Germany. Americans are a bit more cautious about what’s acceptable or not. But the book is already out there, and it’s not as if they were forced to buy Cornelia’s book.

So she’s self-publishing, which feels the last thing you’d expect someone like Cornelia having to do. But she’s lucky, because it seems she was handed back the rights to the entire series (the ‘problem’ is with the third book), thus enabling her to do this. Many authors struggle for years getting the rights back to their books, even when the publisher wants nothing more to do with it. Perhaps because she’s Cornelia Funke and not some minor, unknown writer? 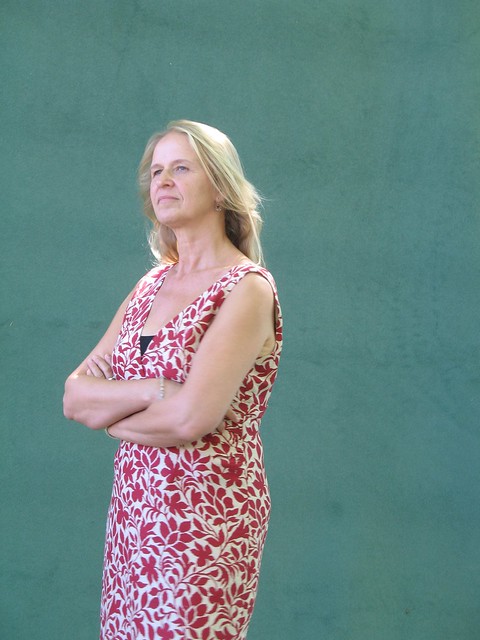 I think I have heard of novels where there are differences in other languages. But I trust only minor ones. I’m thinking of the discussion I had with my First Best Friend in our teens. Strangely enough we both liked the same band, and the same track too. Except we argued about what album the track was on. We were both right, of course. I’d bought my LP in London, and she hers in Sweden. The LPs were different. But I’d rather not have the same argument over how a novel ends; did they live happily ever after? Or not?

2 responses to “Not here you don’t”