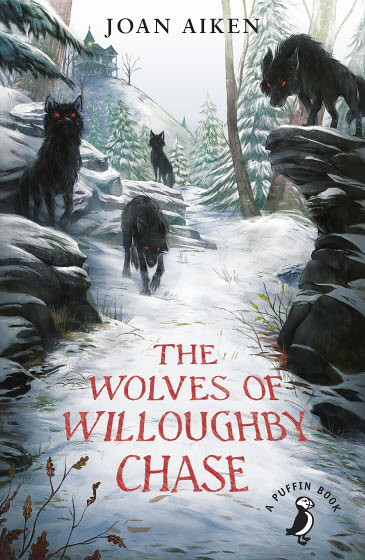 I won’t say that this is the coolest cover ever of The Wolves of Willoughby Chase. It is very cool, though, and I like it a lot, and it makes me want to read the book.

Which I don’t ‘have to do’ as I have already read it, many covers ago. Not that it isn’t a book you could read many times. It is. It’s the first part of one of the best children’s series in the world, with the best of girl characters. (And Dido Twite isn’t even in the first book.)

So whenever there has been a revamp and I see a new Wolves cover I just want to read it again. I hope the cover has the same effect on readers who don’t know Joan Aiken’s books. I envy them the opportunity of starting their friendship with Dido and Simon.

This entry was posted in Authors, Books and tagged Joan Aiken. Bookmark the permalink.

2 responses to “Another wolf”