Well, that was moving

So Kirkland Ciccone began by moving Waterstones where he was to launch his new book yesterday. That’s really well above and beyond his duty as an OTT writer from Cumbernauld. I had to call the Resident IT Consultant to ask where I was going.

Honestly! Old witches. You can’t let them roam Glasgow freely. Union Street. Buchanan Street. Same difference. I’ve been twice before. Went down each of those streets, and turned left the first time and right the second. On Wednesday Waterstones had turned into a shoe shop. Which is very nice. Except it hadn’t.

Anyway, the place was the same as before, once it had been found. Although, I believe I detected some slight doubt in the lift announcement. It said ‘first floor?’ in that American way.

Kirkland seemed reasonably happy to see me and gave me a copy of North of Porter, sounding very pleased that it was unlikely to be my kind of thing. We’ll see. Keith Charters and Alex Nye both arrived as I was gulping down my dinner (cheese and tomato wrap), so I was a little off-hand in my greeting. 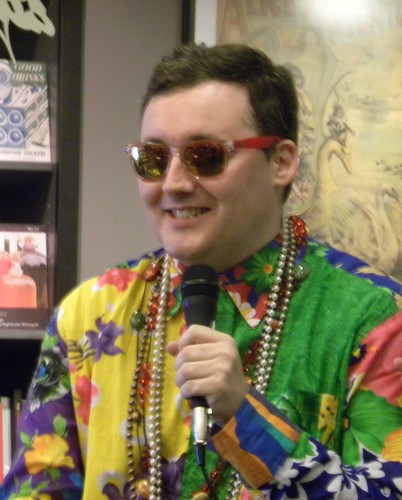 Last year’s fur was long gone, replaced by Hawaiian shirt and plenty of beads and pearls. Also contact lenses and sun glasses, which might explain why Kirkie didn’t see so well. He and Keith sat on bar stools, talking away like they are the latest in television chat shows. They could call it KCx2. 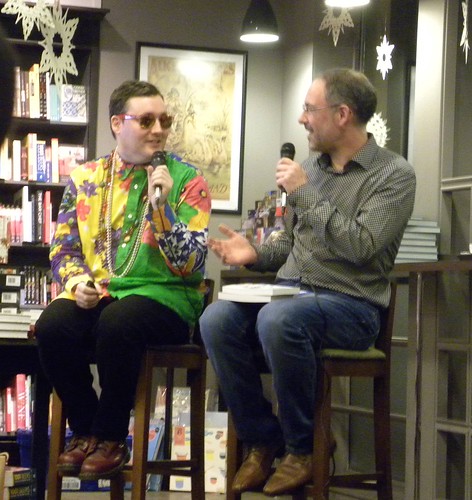 Keith rather unwisely invited Kirkie to tell us his one minute potted history, which is an impossibility. There was the library as babysitter story, something about being a psychic consultant, stalking Keith, and a pregnant London agent, before this ten-year overnight success finally arrived.

(As an aside, his friends seem nice and normal. I’m not sure how this happened.) 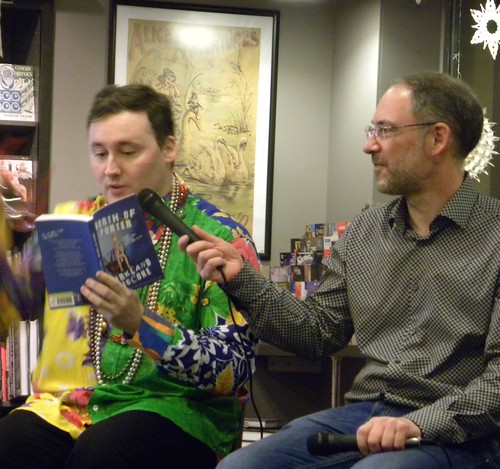 Kirkie read chapter one, and because it’s Keith’s favourite, a bit from further into the book. Apparently Keith reckons if Kirkland’s synopsis sounds insane, then it will work. North of Porter appears to have been inspired by a woman in Denny hitting her husband with her handbag. And something to do with Scooby Doo. Also a cow in the living room, three floors up. 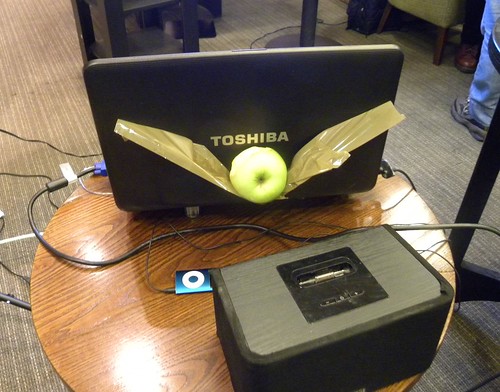 His nephew made a racket from the back, which I think was wise. No need to let Kirkie have all the attention. For some reason Keith talked about last year’s road trip which began in St Andrews, and he mentioned Daughter, who popped by on her way to a PhD. It was the library… 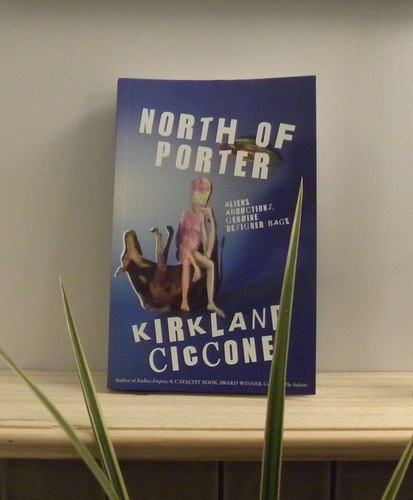 They locked the doors (surely not…) so that people would buy copies of North of Porter and get them signed. Wine was drunk, as well as Irn Bru. Snacks were eaten. (And for me, Master Nye has promised me street curry in Dunblane, so I’ll hold him to that.) 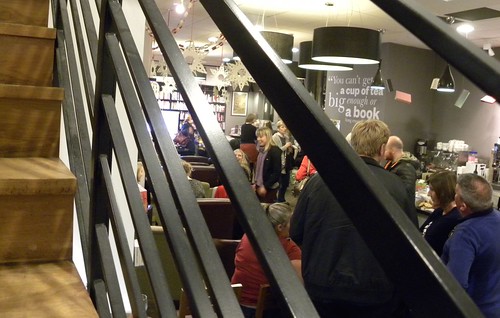 While the going was good I escaped home to Kirkland’s favourites; tea and ginger nuts.