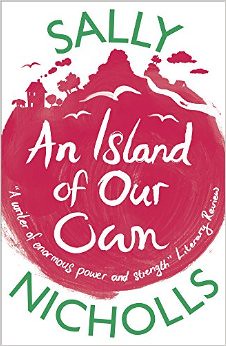 David Almond scooped the Guardian Children’s Fiction Prize on Thursday. Congratulations to him, and commiserations to young ‘Master Sally Nicholls,’ who at his very young age let his disappointment that Mummy didn’t win be known. I like a baby who can cry when the time is right. And apparently he was passed round like a – very valuable – parcel, so I’m quite jealous I wasn’t there.

Sally is also on the shortlist for the Costa, so perhaps the young Master will appear at another awards event soon. Because as he well knows, Mummy’s is one seriously good book, and he will read it as soon as he can.

Someone (Muckle Media. And you know, I blogged about muckle only the other day) has been looking into who is most popular on Twitter in Scotland. It seems J K Rowling does quite well with followers and such. And what’s fascinating is that I’ve never heard of some of the top names, although Ian Rankin and Val McDermid ring a bell. As do Bookwitch favourites like Gillian Philip, Nicola Morgan, Julie Bertagna and Helen Grant. Long may they tweet.

On Twitter (where else?) I learned that Teri Terry was interviewed when she was in Denmark recently. Her answers are perfectly easy to understand. For those of you who still don’t read Danish after all those Killings and Bridges, I can only suggest you guess what Teri is replying to, as the questions are in Danish.

Anne Rooney has been interviewed by the Society of Authors about non-fiction (I thought of it first!), and it makes for very interesting reading. Times are hard. Being interested in everything is good. Anne is good.

If all this feels like it’s getting on top of you, counselling is at hand. Nicola Morgan is now the proud owner of a Certificate of Counselling, part of her Diploma in Youth Counselling. She is so good at so many things. And I’d have happily unburdened myself to Nicola even before she was certified.