A launch in the dark

I didn’t notice the flamingos in Santa hats as I arrived. Maybe they turned up while I was inside Dunblane library on Thursday evening helping launch Alex Nye’s new book Darker Ends? There would have been room for them as well, but only just. I rarely see libraries this full, so it made for a nice change. 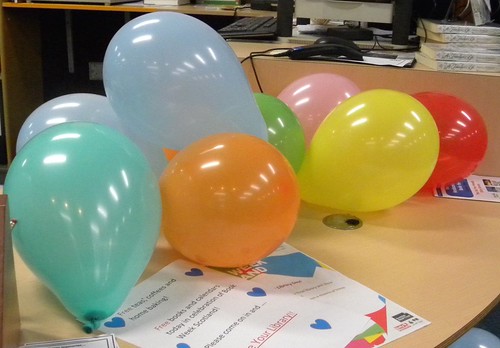 Despite it being a dark and rainy night, and despite Dunblane deciding to have its Christmas market on the very same evening, people flooded to the library. It was Alex’s third launch (for this book), after two large affairs in Edinburgh and Glasgow. And I believe she was planning yet another for the other Dunblane library yesterday.

There’s no stopping some people. 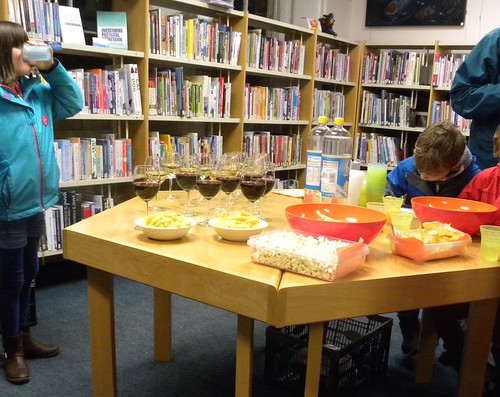 After wine and crisps and things, and a kind of library quiz for the younger ones, we were plunged into darkness. I’d ‘reserved’ a comfortable seat early on, but many sat on the floor. They were mostly the sort of age where you can sit on the floor. There were a few beanbags as well. 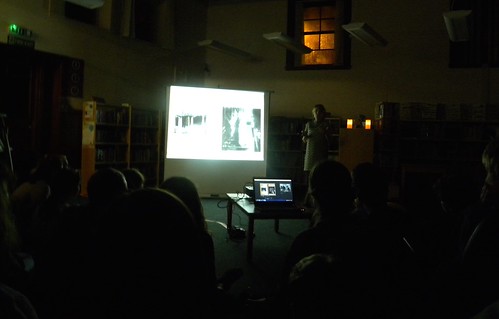 Alex talked about the iceberg of writing. At book festivals you see only the tip of the [author] iceberg, the success and the smiles and everything. Then there is all the bad stuff, the lack of confidence and the uncertainty, the hard work. She knew from a very early age that she wanted to be a writer, and she had a supportive family. But unlike with other jobs where it’s clear what route you have to take to get there, it’s not quite as simple for the wannabe author. 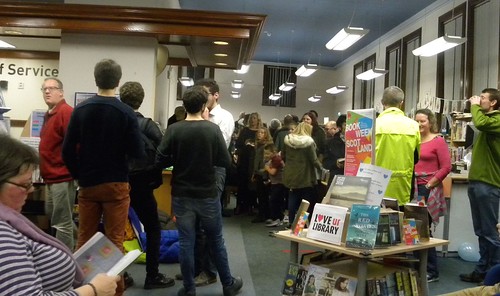 She won a writing competition at 16 with a story titled A Mould of Flesh, and she still has the book it was printed in. Alex came to Edinburgh, found she loved Scottish history, and wrote a novel about Mary Queen of Scots, which no one wanted. (It is about to become her fourth published book, after Darker Ends.) After some travelling, she returned to Scotland, living on Sheriffmuir, which is where she set her first two novels, Chill and Shiver.

Accompanied by spooky sound effects, Alex talked about the inspiration for Darker Ends, and she read us a couple of excerpts, finishing just as Rory lost his balance in the window…

Alex does a good line in accompanying photos, from childhood pictures of her siblings and the dogs, to the photograph of her and her husband in Glencoe when she’d just discovered the setting for Darker Ends. (Although, if you ask me, they looked more like Daniel Craig and Judi Dench.) 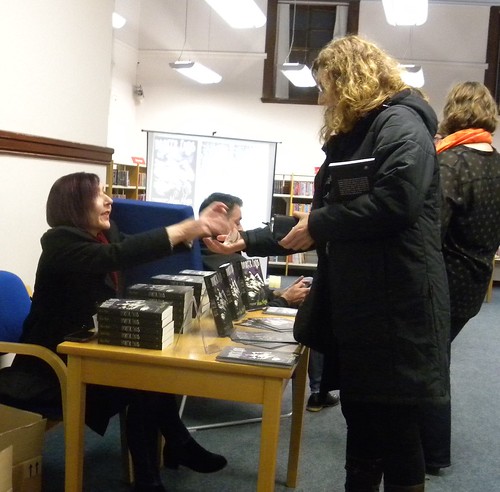 Her publisher, Clare Cain, had a table groaning under copies of the book, which sold well, and judging by the happy crowds and the fact that they were able to ‘borrow’ the town’s official fireworks and everything, I’d say it went pretty well.

And the flamingos looked nice.

By the time it was too late I realised that I never took a picture of Alex herself, apart from the one in the dark. So you can have these tired guys instead. They had clearly been overwhelmed by all that reading and needed a rest. 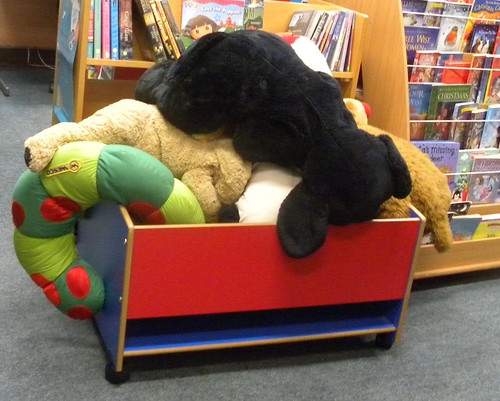