I was pleased to see that the new book about Mog – Mog’s Christmas Calamity – is a little different from the television commercial. I suppose in much the same way most books differ from the film. I have no idea if Judith Kerr wrote it for television, or if she wrote a Christmas story featuring dear Mog, and it was then adapted for the small screen. 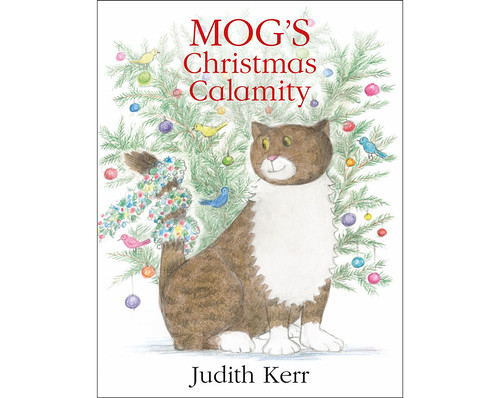 Some of the laugh-out-loud comedy is not in the book, which feels right, as that would have made this new book different from its predecessors. What there is, is pure Mog, and a proper Christmas tale, with misfortune and a solution.

Book-Mog doesn’t look like her television actor either. (Who would play you in the film, Mog?)

This is – naturally – a lovely picture book, and I hope many children will be given a copy. Not just because it’s a sweet story, but because the proceeds go towards child literacy.

Buy one for every reader you can think of. It’s not every day Mog rises like a phoenix. Make the most of her.