I virtually am Tjorven, and summers on Seacrow Island are my past [well, you know], and I can feel the heat and the light in this sun-soaked spot. Because I – and most Swedes – have had summer after summer of this kind of life. It’s what’s natural; it’s what we still strive for, and want to give our children. The difference today is the cost of a house in a place like this. No Melker Melkerson could hope to strike lucky and buy his children’s summer paradise. Not even if he was awarded the ALMA. Well maybe, if he was content with some far flung summer beach a long way from the Stockholm archipelago. 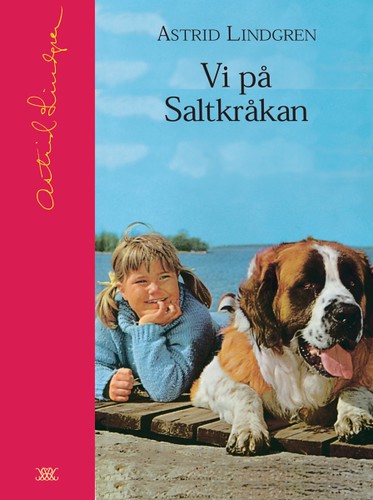 I watched Seacrow Island on television in real time, being the same age as its main character Tjorven, and I know it back to front, as do Offspring and even the Resident IT Consultant. I only had to mention that the English translation has Pelle put on a windcheater when he gets on the boat with Malin and Krister, for him to burst out that ‘no, he doesn’t.’ (I clearly married the right man.)

It was wonderful finding a chubby seven-year-old as the main character, and despite my summers taking place on the west coast rather than on an island off the east coast, they were much the same. My summer shop was like their summer shop. I bet the smells were the same and we probably ate the same food (hamburger meat is not mince; it’s a sliced sandwich meat, that may or may not have a horsey background) and swatted the same wasps and hoped for ice cream.

For Christmas 1964 I received two copies of the book (which is unusual in that it’s the book of the television series, not vice versa), and I read one of them and loved it almost as much. I mention this mainly because the book might now strike you as too hard for that age group, but it certainly worked back then.

The English translation in this newly re-issued Seacrow Island is the 1960s one by Evelyn Ramsden, and I find it gives the reader the right feel of what it was like. The question, I suppose, is whether that’s what today’s children want. I hope it is. I wish they too could have summers like mine, and that they could watch the television series. But at least the book is available. 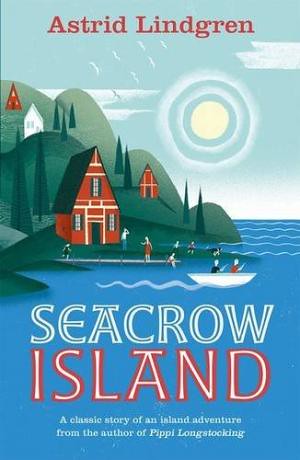 The new gorgeous cover should be perfect for attracting adult buyers, lovers of Nordic Noir, who want to give their child a children’s version of what’s so popular right now. Because this does not in any way look like my sun-soaked island, nor does it look like Sweden. Think the Lofoten archipelago in northern Norway, with a somewhat menacing sun shining on a chilly looking set of hills with church-like houses. Also, the ‘real’ Saltkråkan is not as empty of people as the blurb suggests. But hopefully any young reader will simply tuck in and enjoy.

I’m glad Seacrow Island is back in the shops once more, and please put this idyllic, but realistic, holiday book in the hands of a nearby child!

2 responses to “Sun on Seacrow Island”