At least I have heard of William Shakespeare. I’ve read [some of] his dramas and I have seen [a few more of] them in the theatre. But I am woefully un-educated when it comes to the bard. Say Othello and I can’t necessarily name who else is in there with him. Although I am currently reading Malorie Blackman’s new novel, Chasing the Stars, which is set in space and based on Othello. And I read and loved Exposure by Mal Peet, which was about a footballer and also based on Othello.

It seems he has been a favourite with quite a few.

I know Dessi, of course. Short for Desdemona. I had only just learned to read when I had to ask Mother-of-witch who this Sharkers-peh-a-reh might be. He turns up on page one of Kastrullresan by Edith Unnerstad, if memory serves me right. It’s about the Larsson family and their seven children. The mother is a former Shakespeare actress, who wanted to name all her children after his characters.

The kind and sensible father manages to negotiate the right to name the boys, of which they have three; Lasse, Knutte and Pysen [Patrik, really]. Lasse is the book’s narrator and is most relieved not to be called Hamlet or Othello. You can see how that would have cramped your style back in the 1950s, in Sweden. 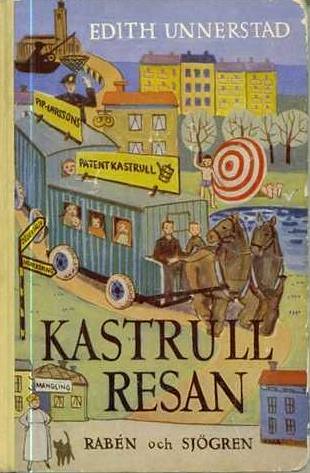 Ophelia is the mother’s favoured name, but her husband manages to negotiate away from that for a good many years, until the fourth girl and seventh child arrives and his defenses are low. So Ofelia she is, but always known as Little O.

The eldest is a girl called Desdemona, but is Dessi for short. I always used to think that was so cool, and I’d have a child and call her that. (I didn’t. Call her Desdemona, I mean.) Girl and child no. two is Miranda, called Mirre. I liked that too. The third is Rosalinda, and for some reason that’s also what people call her.

Then came the boringly named boys, and finally little Ofelia.

The thing is, I was so young, and knew nothing about Shakespeare, so I thought all the names were perfectly acceptable and normal, albeit previously unheard of by me.

It was a lovely book, and the plot is all about the father’s invention of a triple saucepan that whistles loudly when dinner is ready, and the sad fact that with seven children their tiny (two-bed?) flat is too small for them. So the father builds a couple of caravans on top of two horse-drawn carts, hitches up the two sturdy horses from the local brewery (can’t remember how they got the horses, except Rosalinda loves them…), and the family set off to visit the children’s aunt in another town, where they eventually settle down and live happily ever after.

And that was my introduction to dear old Will and his characters. Sort of.

3 responses to “Dessi and me”