MCBF – ‘a festival to grow up with’

It’s almost that time again. The Manchester Children’s Book Festival launched yesterday. Without me, but a launch is still a launch, and they have Carol Ann Duffy.

I like the way they describe their programme, suggesting that if you’re a little bit older than you were six years ago when they began – oh so beautifully! – you might have grown from younger books to some of the older, YA books and their authors. I really like that idea; that you grow up with a festival. 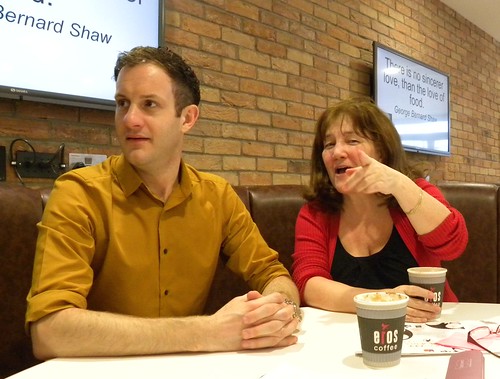 And it goes without saying that once grown up you can still never be too old. After all, just look at the festival directors. Do Kaye Tew and James Draper strike you as old? No, I thought not.

I fear this may be another festival where I miss Sarah McIntyre and Philip Reeve. I have seen them, but they feel like my forever missing act. I don’t even know if I’m going this year. I’ll wait and see if I’m suddenly afflicted by energy, next week, or the week after. 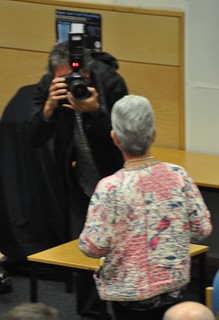 They have a lovely patron in Curtis Jobling (I’d like to think I made the introductions, but that could well be fake memory syndrome), so I don’t see how they can go wrong. And I love the fact that on their home page there is a photo of Jacqueline Wilson from a few years ago, with Daughter shooting away in the mid-background, and a virtually invisible witch next to her. We’ll never go away!

There’s a poetry competition, with judges of the highest calibre. If I wrote poetry I’d love the opportunity of being read by the poet laureate, and her Welsh counter-part, Gillian Clarke.

So, for two weekends MCBF takes over various venues across Manchester, including the library and Waterstones, where on the last day you can check out local boy Danny Weston with Sally Green [she’s not a boy].

That sounds good, doesn’t it?