Tony Ross has two new boardbooks out, which I think is slightly younger than his usual picture books. They are Goldilocks and the Three Bears, and Jack and the Beanstalk.

Yes, you’ve heard of them before, haven’t you? I think it’s pretty good, actually. It’s sort of the baby version of dyslexia books for older readers; introducing something that the reader isn’t able to ‘read’ in its normal form. 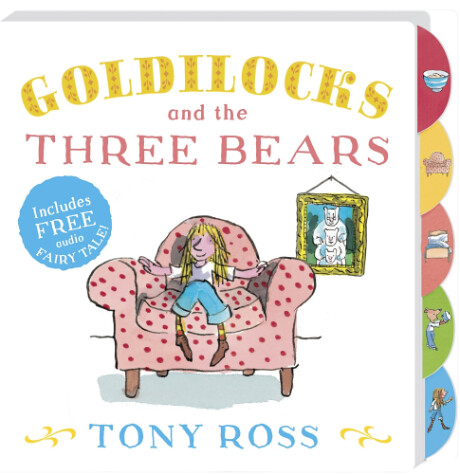 They are not Tony’s stories, obviously, but are re-told simply, accompanied by Tony’s illustrations. They are even divided into little chapters, in that there are board tabs showing what’s to be found if you open the book right there. So you want an axe, you can see where to go, or if it’s Little Bear’s empty bowl you require.

For the technically capable there is a code on the back cover to scan and get a free audio fairy tale. But don’t let that stop you from reading to your parents! There’s nothing like a live voice while turning the stiff pages. They are just right!

One response to “Board classics”