And we’re back at Charlotte Square again

Some of the ducks are new. I’m sure of it. The Edinburgh International Book Festival opened yesterday, and my photographer and I joined them for a few hours. Not too long, and not too short. We have learned to pace ourselves in my old age. 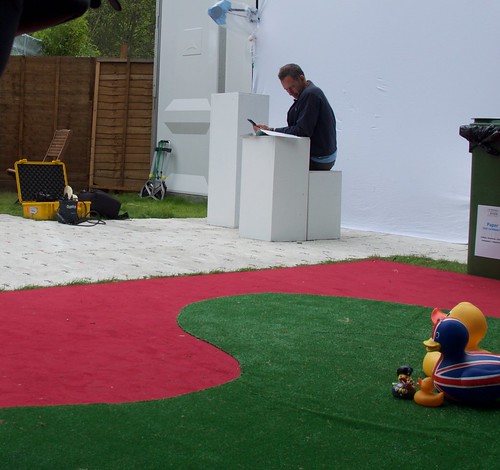 We had fortified ourselves with some meze before collecting our press passes, rudely interrupting press boss Frances Sutton’s lunch in the process. Photographer Chris Close was yet again stationed outside the yurt with his camera, and some new boxes, which I genuinely hope he’s not going to ask any authors to balance on. There was new fake grass for the ducks. 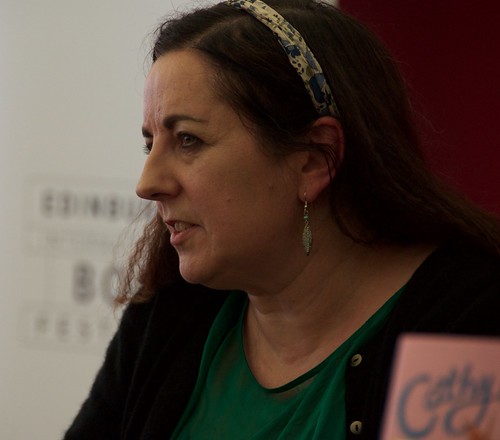 Cathy Cassidy was our first prey, signing after her event, resplendent in her favourite green and with what looked suspiciously like a tub of cookies next to her. Well, signings can take time. And for her they did, as we could see Cathy still signing away an hour later. She had time for a hug before starting, and we talked about how I now live in Scotland and she doesn’t. And her latest book – Broken Heart Club – looks good enough to eat. (I have a thing for such very pink book covers.) Great to see her publicist Tania again, too. 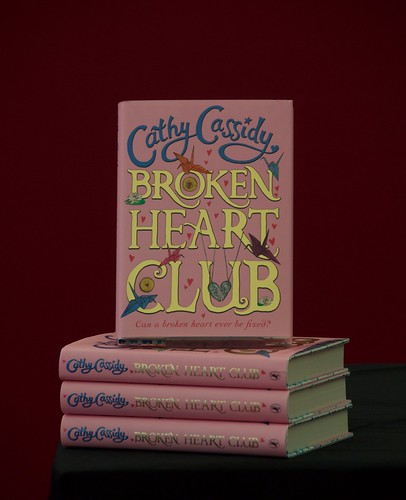 Came across Michael Grant being interviewed next to the ducks, and was told he’d been looking for me. Gratifying, but unlikely, I say. I was pleased to actually recognise Alice, his publicist, now that I am increasingly losing my marbles and generally failing at things. Michael got the Chris Close treatment, and then we grabbed him for a photo session of our own. We discussed how much money he spent on his daughter’s hair this last year. (Looking on the bright side, he must save on his own.) 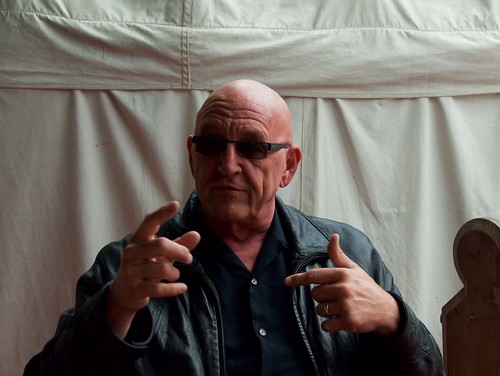 Before going to Michael’s event – which you will be able to read about tomorrow –  we caught illustrator Kes Gray in the children’s bookshop. I’d hoped to chat, but he had a long queue of young fans wanting their copies of Oi Dog! signed. I should have brought mine… Glimpsed his publicist Rebecca before she disappeared, and watched as Falkirk librarian Yvonne Manning did post-its duty along the queue. 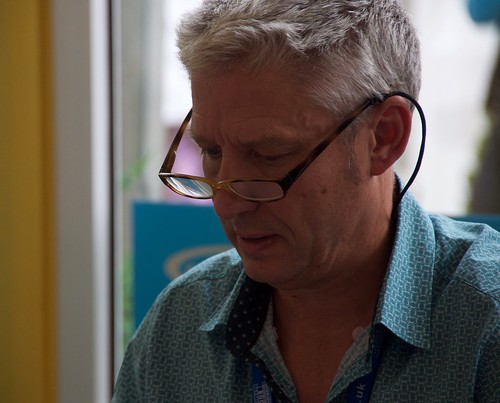 We hobbled off to catch our train home, grabbing seats by the skin of our teeth. This travelling is getting worse every year. In order not to look at all those who had to stand all the way, we buried ourselves in a book each. Lovely, life-saving things, books.

One response to “And we’re back at Charlotte Square again”