Take one old(ish) communist millionaire, allow him to have quite a lot of opinions about a lot of things, and you can work out that he will make enemies as he goes about his daily business. Which includes running a couple of hotels.

I have known [about] this owner of Hotell Gästis in Varberg for many years, and been vaguely acquainted with him since that literature module at university nearly forty years ago, but haven’t seen him except for a couple of years ago at Uncle’s funeral.

I have been aware of the hotel all my life, as it’s opposite the block of flats where GP Cousin grew up. But this was my first stay there, and I was intrigued to find owner Lasse Diding sharing his latest feud on facebook only a day before I travelled. 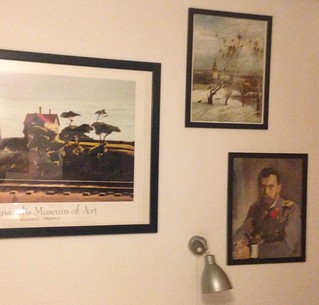 He likes books, so is well suited to host a Bookwitch. The rooms are stuffed with books to read (and if you haven’t finished when you leave you can take it with you), and the corridors and the bar and the restaurant are even more stuffed. With books. 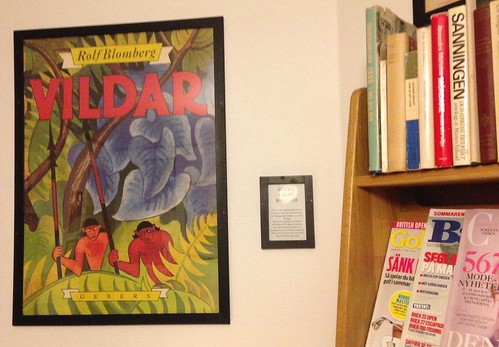 So, the feud. I gather Lasse doesn’t get on with the leader writer on the local paper Hallands Nyheter. The latest trick is to uninvite him to sponsor the annual Book Day in town, where visiting authors have been put up in the hotel. It seems a shame, as this centrally placed book-hotel couldn’t be more ideal. (Well, perhaps anyone similarly afflicted to your Bookwitch might have opinions on the outlandish arrangements for ablutions in the bathroom, but we are not all like that.) 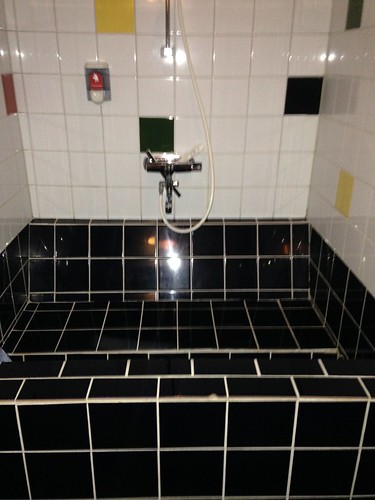 (There is also a Lenin spa. Obviously.)

An earlier feud was over the statue Lasse bought and donated to the town. Some twenty years ago a woman somewhere in Sweden witnessed a neo-nazi march and got so furious that she hit them with her handbag. This has now been made into a statue, and not everyone is keen on it. It’s a shame, since we need more of this kind of courage. 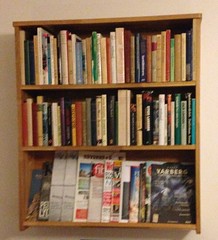 What I personally needed as I arrived, was plenty of tea. Lasse is not a member of the kettle in your room brigade, which I’m afraid I feel is a service that cannot ever be over-rated. There is a fridge. Books. Lovely period armchairs. Old-fashioned desk, and broadband. (The password is a literary one.) Books. Shoehorn. Magazines. Art on the walls. Fan. Outlandish bath/shower arrangement. Books. ‘Oriental’ rugs everywhere.

He does, however, include a buffet dinner in the room price. I drank a large cup of Earl Grey after dinner. Then another. Whoever chose that blend of Earl Grey should have a statue made of them. 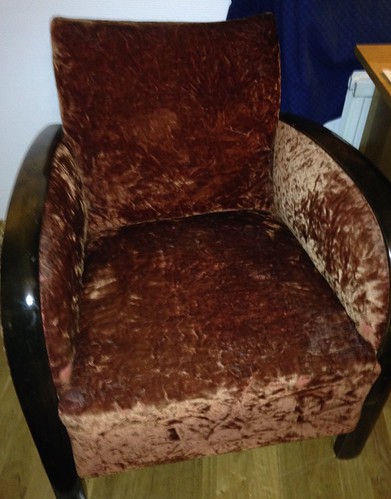 And if the coffee is as good, I can – almost – understand the local conservative politician who regularly calls in to steal cups of coffee and biscuits. I believe this is now in the hands of the law. I’d just about be prepared to nick some tea when passing through town. Except I wouldn’t. Just because someone is well off, and a communist, doesn’t mean we should steal from them.

But we could accept their statues.

There is obviously no way I will be helping myself to a book for the onward journey.

One response to “Lit hotel”