Soon after I’d started at my new secondary school, the school hall burned down. This was unfortunate, but certainly nothing to do with me. In fact, we were quite lucky, since it happened on sports day, when nearly everyone was out, and only [I think] the choir was there to practise. And the head teacher, who might have attempted to put the fire out.

The hall was almost brand new, so it was a shame, but the replacement hall was – probably – even better. I can barely remember what the unfortunate first hall was like.

Nor can I remember for how long we had to go without a hall while it was being rebuilt. We had assembly first thing every morning, which meant the school had to come up with alternatives. In effect this meant that the teacher who taught the first period got to ‘entertain’ the class for fifteen minutes before starting on the real stuff.

My Favourite Teacher ended up doing most of my assemblies, as I had him for two subjects, which managed to cover several mornings of the week. He very sensibly read to us, and his first choice was The Canterville Ghost by Oscar Wilde.

Despite having him for English, our teacher read the story in Swedish. Perhaps it was just as well, since this way everyone in the class could enjoy it. And I believe learning to enjoy a good story rather than making it be too educational is the best way.

We had a lot of fun with the ghost and the Otis family. In actual fact, I still consider the name Otis to be a fun name, so I guess it’s just this happy memory.

After Canterville we had other books/stories to listen to and they were all excellent. But I can’t remember what they were. I was sad to return to the new assembly hall when the time came. Those assemblies were generally also fairly good, but not quite up to Canterville standards. 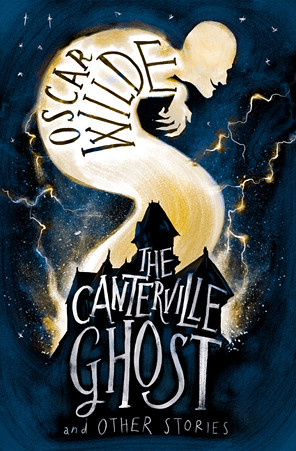 (There’s a new Canterville Ghost out now, along with other Oscar Wilde stories. Enjoy some fresh blood stains for Halloween!)

2 responses to “The Canterville Ghost”