It’s not new, this idea of saving libraries. People are working hard to prevent closures, or this idea of ‘merely’ giving the school librarian the sack, leaving the books to look after themselves. Lots of authors, and others, were out marching a couple of weeks ago in London. I wish I could have been there.

And then there was this open letter during the week from Chris Riddell and Malorie Blackman and all the other former laureates, to save our libraries. I don’t feel that this should even have to be on the to-do list for children’s laureates, past or present. The threat should not be there.

Yesterday I mentioned the effect of libraries on a couple of authors, one of whom won the Guardian Children’s Fiction Prize this week. Alex Wheatle’s obvious joy on winning, and his totally unrehearsed speech on how the library [in Brixton] made him who he is, was very moving.

Whether we blame national government who really could shift spending money from weapons to libraries, or the local councils who are financially squeezed everywhere and ‘must’ save, is a matter of opinion. 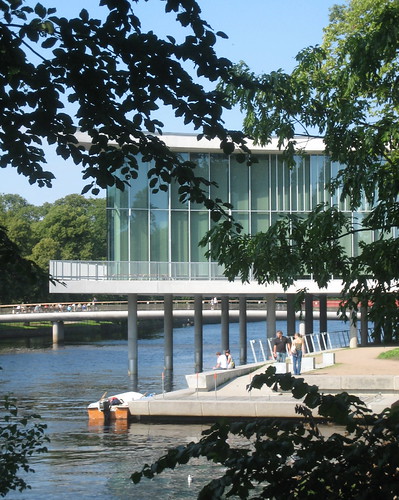 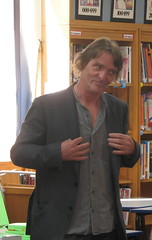 But it shouldn’t be like in my former home town in Sweden, which has a lovely, newly built library, where clearly no expense was spared, which now has problems with vandalism. Mindless teen gangs come in – maybe because they are bored – and they are rowdy and they break things [toilets, for instance] and generally disturb the users of the library, forcing staff to call in security.

It seems they are now trying ‘youth leaders’ and they will hopefully have a positive effect. Or, they could try putting books by Melvin Burgess [see yesterday’s post] in their hands and making them read.

Let’s hope it’s not too late. I don’t have much hope, but let’s hope anyway.

5 responses to “Treasure your library”