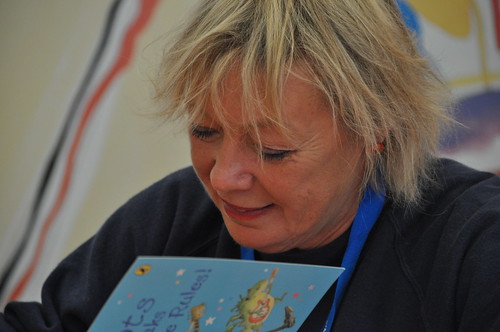 I well remember the shocked giggling at the book party. Back then, about twenty years ago, I was part of a group of mothers who hosted and attended many selling parties, and one kind was the Red House book party. That’s where my neighbour discovered Babette Cole’s Mummy Laid an Egg! 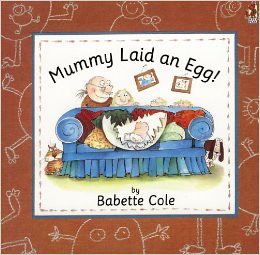 She had probably been a little bit too properly brought up for the openness in Babette’s book. Hence the palpable shock, even if she giggled. Which just goes to prove how essential this very funny picture book was, and still is. Children need to be told where babies come from, if only so they can pass that knowledge on to their parents.

And now Babette has died, and there won’t be any more books to produce such gasps among the older generation.