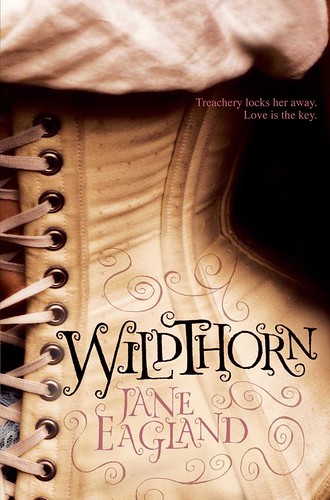 Wildthorn was Jane Eagland’s first novel, and what an absolutely marvellous story it is! I’m so glad I read it, after being aware of Jane’s writing for several years.

I’m not quite sure when it is set. I’m guessing the 1870s or 1880s. 17-year-old Louisa Cosgrove is travelling to stay with the Woodvilles to be a companion to a young lady. Instead she finds herself at Wildthorn Hall, where they address her as Lucy Childs.

Thus begins her nightmare, and Louisa discovers she’s been put in an asylum. She doesn’t at first know by whom or why, and she believes the ‘mistake’ will soon be rectified.

Interspersed with what happens to her at Wildthorn Hall, we learn what’s been going on in her life up till now, and the reader begins to guess.

There is much unpleasantness as Louisa’s life goes from bad to really very bad, with most of the staff more jailers than nurses, and many of the other patients either insane or also put there by family who for some reason wanted to rid themselves of someone inconvenient.

For that is what Louisa is. She wants to be a doctor. She doesn’t want to get married and have babies. And she loves the wrong kind of person.

That was enough to be put away, back then. (And I’d say it’s not always all that different today, in some ways.)

Louisa is strong, and intelligent, and she eventually makes what needs to happen happen. And she meets someone who helps her and believes in her.

Horrifying, yes. But also so enjoyable. Women needed to stand up for themselves, and they still do.