Flick Henderson and the Deadly Game

Dead sisters generally put me off, but there was something about Flick Henderson and the Deadly Game by Amanda Wills that spoke to me. I felt ready to give it a chance. I’m glad I did, as it captivated me from the start and kept me reading to see if I was as a good a sleuth as Flick turns out to be. 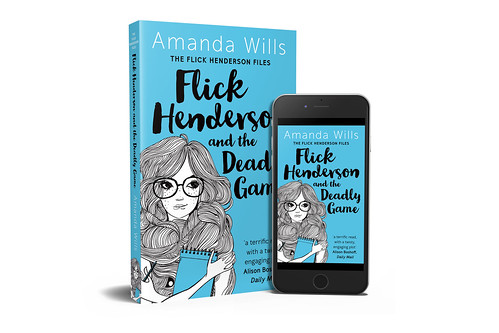 She’s 14, the same age as her sister Kate was when she disappeared. And there is that word, disappeared, which makes you think that maybe she’s not dead. But it’s been four years, and the family are falling to pieces.

For work experience week Flick gets to try journalism, which is what she wants to do most of all. And through the little mysteries she encounters on the newspaper, Flick begins to look into things, and to solve what needs solving.

I had one early suspicion, which proved correct, and then a later one which didn’t. Perhaps Flick is too clever for her age; I don’t know. But it was fun to read her story and see what would happen, and how the tragedy of losing someone could – possibly – be resolved.

Besides, how can you not love a story that starts with a stranger on the heroine’s doorstep, proudly offering her a dead badger, with ‘hardly a scratch on him’?