I know. They sound like solicitors, don’t they?  But they’re not. At least, I don’t believe they are. Unusual combination; picture book illustrator/author and solicitor.

For some time now I’ve been casting my eyes on David Melling’s D is for Duck! which is just as loveable an ABC picture book that you’d expect from Hugless Douglas’s Dad. 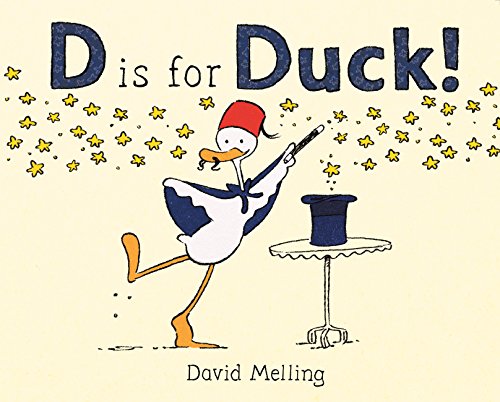 Duck is a magician and he magics lots of little animal friends out of his hat for his ABC, with himself as D. All goes well until he happens to magic up a Lion. A Lion that might want to eat his A to I. (J is Jungle and K is King.) Duck quickly needs to think of something, so he does…

In my Bookbug conference bag I found Alison Murray’s Apple Pie ABC, which I enjoyed a lot. I’m less used to ABCs that use short phrases to get round the problem of what you choose as your your letters, while also managing to tell a story, because there is more to work with. 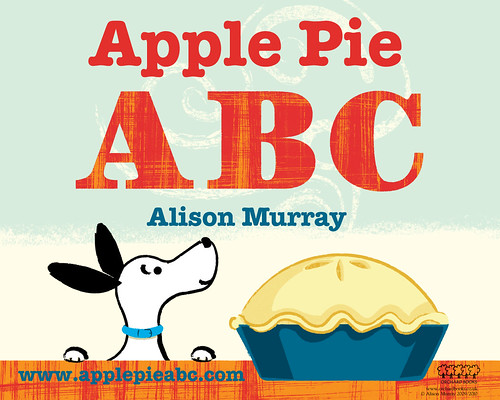 Here we have a dog who is plotting to eat the Apple Pie, which is being Baked and Cooled and Dished Out, and so on. The dog is both clever and surprisingly obedient until, well, until something happens to the pie.

Both books have gorgeous pictures and both have rather charming, if not perfectly behaved, main animal characters. We’re yet again in the situation when I need someone to read aloud to.