March isn’t over just yet, but I feel confident enough to state that two authors made it through the Bookwitch Towers doors (and safely out again) during this month. Both got the Lent bun treatment.

As you know, I try to operate a ‘come empty-handed’ policy, but people find this hard to do. Both my visitors brought tulips, which is probably the nicest thing anyone can do, and get away with it. 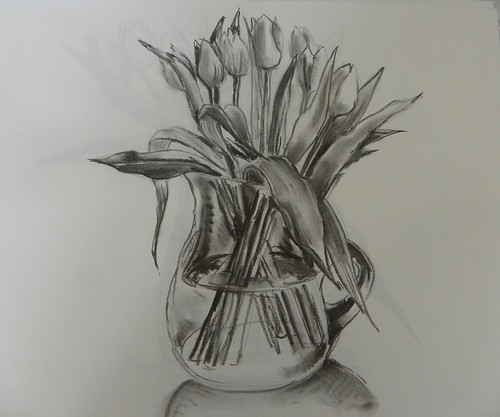 Debi Gliori had talked about my tulips before she even came. It all sounded rather confusing to me, because she wanted to compare hers to Mother-of-witch’s tulips, that she’d noticed the last time she came. We have a large sketch of a vase of tulips on one wall. And it turned out Debi had sketched very nearly the exact same vase of tulips. She brought three of them for me to see, and then she said I could keep them!

One can never have too many tulips.

Which is lucky, as Helen Grant turned up with a bunch of tulips [real ones], looked at them doubtfully and said she thought they were tulips… 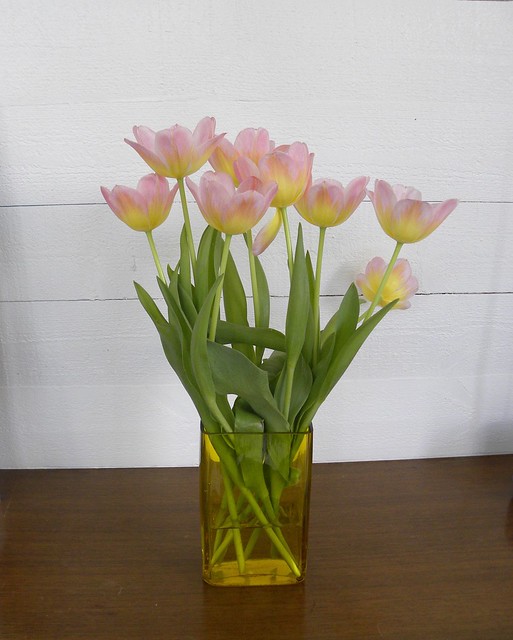 And you know, I’d sort of overlooked the fact that the new room – still not quite finished, but in use – needed tulips. Any flower would have looked nice, obviously, but those tulips really made the room. And my week.

Yesterday was Waffle Day, so if any of you wanted to come over for waffles, you’re too late. We had one guest round for these lovely things, and then we sort of happened to eat the leftovers ourselves. (Although, if tulips were involved, I might rethink the waffle situation.)

This entry was posted in Authors, Blogs and tagged Debi Gliori, Helen Grant. Bookmark the permalink.