There are countless books about Mary Queen of Scots. I’ve glanced at a couple in the last week, because Alex Nye’s For My Sins got me asking questions, and the Resident IT Consultant did what he does best and put more books into my hands. So at least I now know that Moray [Murray] and Lord James Stuart [Stewart] are one and the same half brother to Mary. I spent a hundred pages permitting her to have two annoying half brothers…

In the past I have also had problems with all the Marys of the world and could never quite sort out who was who, but I’m getting much better with this Mary now. After all, I met her in the flesh, just the other day. 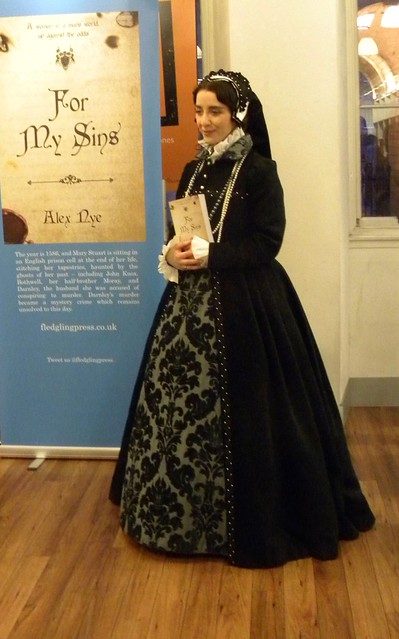 So, with quite a few books out there already, what possesses an author to write another one? And if you’re into Mary, what will you be looking for in a new book? Unlike Theresa Breslin’s Spy for the Queen of Scots some years ago, where the main character is a fictional companion of Mary’s, here we go inside Mary’s head.

And that’s quite interesting. We meet her in her prison shortly before her execution, and from there Mary takes the reader on a journey through her early years, the years in France, and her return to Scotland in the company of her half-brother James. They’re a quarrelsome lot! No one agrees with anyone else, and they change allegiance all the time. And back again.

Darnley doesn’t come across well, whereas Bothwell seems nice at first. As did James, almost. John Knox is a piece of work. But the funny thing reading this book now, is that the intrigue and politics and backstabbings remind me of the lamentable situation we have today, on both sides of the Atlantic. 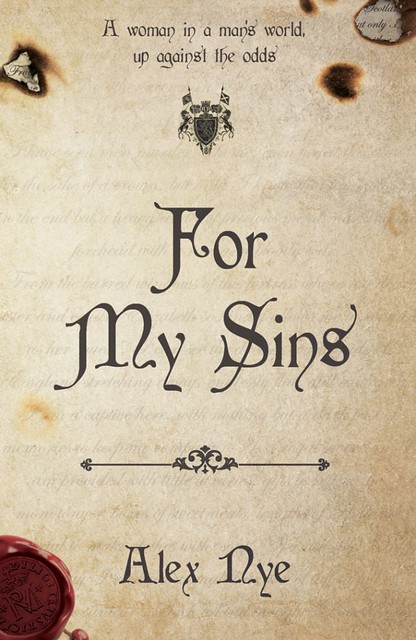 Knowing that Alex began writing this book in 1989, I was uncertain if it would have travelled well over all these years. But I have to say that it works, and I can’t see any 28-year gaps in style or content. I wondered, too, what makes For My Sins an adult novel. It could easily be read by a teenager. Some of the concepts are perhaps a bit old, but the story and the style is very readable.

One response to “For My Sins”