Not a lot of Lotta

But enough. The Retired Children’s Librarian frowned upon the books from publisher B Wahlström in general. I can’t recall what she thought about the Lotta books by Merri Vik in particular, though. Among children the books were popular, and to some extent they did what the Retired Children’s Librarian said, which is they were cheap enough that they could be pocket money books. 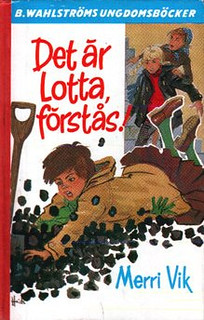 I believe we all bought some, and then we borrowed from each other. You couldn’t really borrow from the library, for the above reason. They were quick reads, so most of us went through a lot of Lotta books, and then there was Nancy Drew and the Hardy boys and all the rest.

Lotta was 13 to begin with, a messy and forgetful but sweet natured girl, who often ended up in trouble. And then it – obviously – ended up all right. Likeable, but samey, which is why I have no idea which ones I read or how many.

There is one I think of several times a year, however.

I think of it every time I pack a suitcase; my own, the Resident IT Consultant’s, and occasionally Daughter’s, when she’s got ‘complicated’ packing to do. It’s because Lotta once accidentally upended her sister’s already packed suitcase, and was forced to stay and repack it, despite saying she had a boy waiting for her outside. Apparently at that moment she was suddenly able to visualise her mother’s packing technique, having watched her pack for years.

So every little thing fits in beautifully, and she even folds the ironed dresses (this was a long time ago) to check that they will go in all right. And the flabber-ghasted sister realises her hopeless sibling has done a perfect job, and also that the boy was actually waiting for her all this time.

That, dear reader, is what goes through my mind every time I pack. Literary, or what? 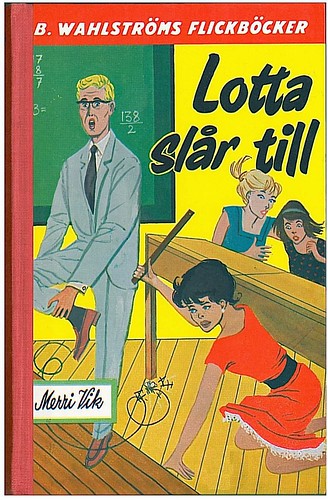 One response to “Not a lot of Lotta”