It was nice to find myself in the company of Chris Riddell* and Judith Kerr for breakfast yesterday. Not for real, and it’s not as we were all in Hay or anything, but these two lovely people had dragged themselves into a radio studio ‘early’ on a Sunday morning to share their thoughts about Manchester and Hitler and whether to keep the truth from children. 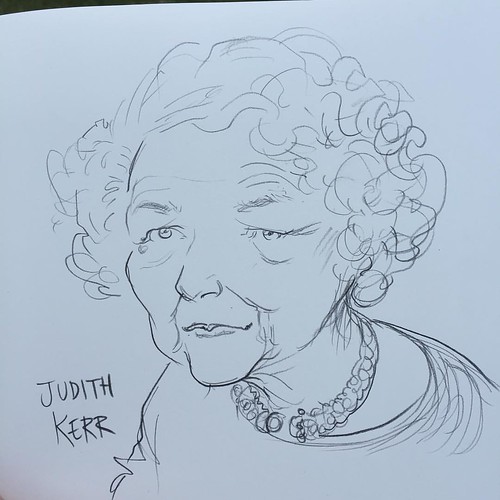 The downside to that, as Judith said, is that children think anyway and come up with the oddest ideas. So Hitler wasn’t actually hiding behind the hanging decoration in the toilet. But she sort of believed he might be. And Chris mentioned that his immediate reaction on hearing the Manchester news was to think of his daughter, recently graduated from University there. It’s how we function; we grab something close to ourselves.

In the Guardian Review we could read an extract from Philip Pullman’s Book of Dust. It didn’t take more than a few sentences and I was back in Lyra’s world. I already like Malcolm and his suspicious mind. 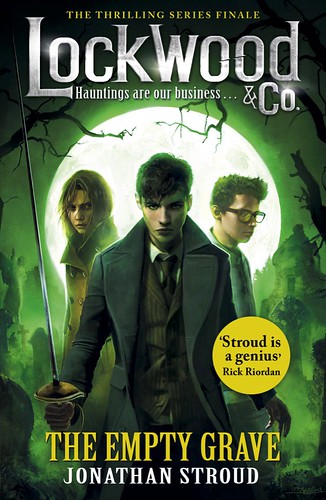 Another book to look forward to is Jonathan Stroud’s last Lockwood – The Empty Grave – which had a cover reveal this week. I tend to sneer a bit at reveals like this, but I found myself quite taken with it. Lovely to see George at long last. And I’d say that whereas an empty grave could be seen as a positive thing, I don’t think we should have such sweet expectations here (because where is the corpse?).

Awards are good. Especially when given to the right people for the right books. Some favourites of mine have recently managed this. Simon Mason was awarded Best Crime Novel for Young Adults at CrimeFest for Kid Got Shot. Robin Stevens got the award for Best Crime Novel for Children. I’m simply pleased that the younger books are getting attention like this.

Adrian McKinty won the Edgar for Rain Dogs, which is no minor thing, and is well deserved. He seems quite pleased, judging by this blog post. At home in Australia minding the children, Adrian sent his wife to receive the prize.

(*I’m counting on Mr Riddell’s goodwill in not minding having his sketch stolen by me, as usual.)